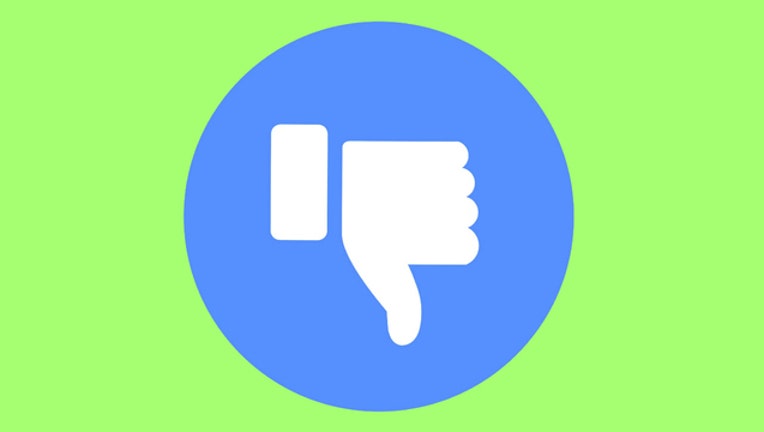 MENLO PARK, Calif. (Fox 32 News) - Facebook is trying out a new "thumbs down" emoji -- in Messenger.

The thumbs down reaction is available to some users. Facebook told TechCrunch, "This is a small test where we enable people to share an emoji that best represents their feelings on a message."

Facebook has not added a "thumbs down" to the Facebook news feed because its believed that would spread too much negativity. Instead, TechCrunch reports that the "thumbs down" on Messenger is meant to provide users with a shortcut way of saying "no," as in: