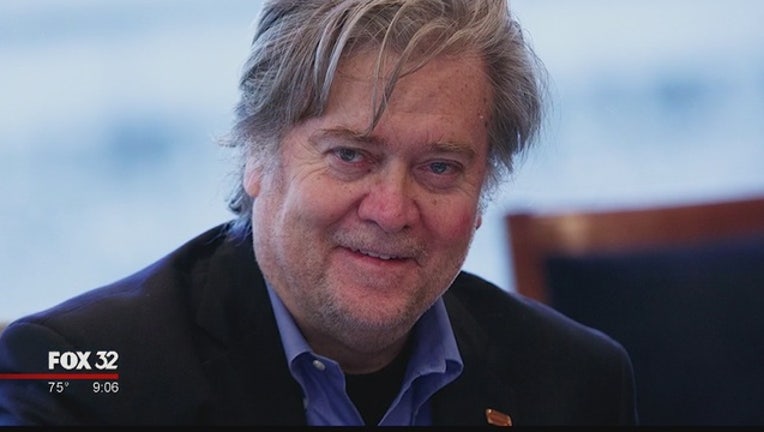 CHICAGO (AP) — University of Chicago faculty and students are protesting an invitation to former White House chief strategist Steve Bannon to participate in a debate on immigration and globalization.

The university issued a statement Thursday saying Booth School of Business professor Luigi Zingales invited Bannon. A date for the debate has not been released, and it wasn’t immediately clear if Bannon accepted the invitation.

Bannon resigned as executive chairman of the conservative Breitbart News Network this month after criticisms of President Donald Trump and his family quoting Bannon were published in a new book.