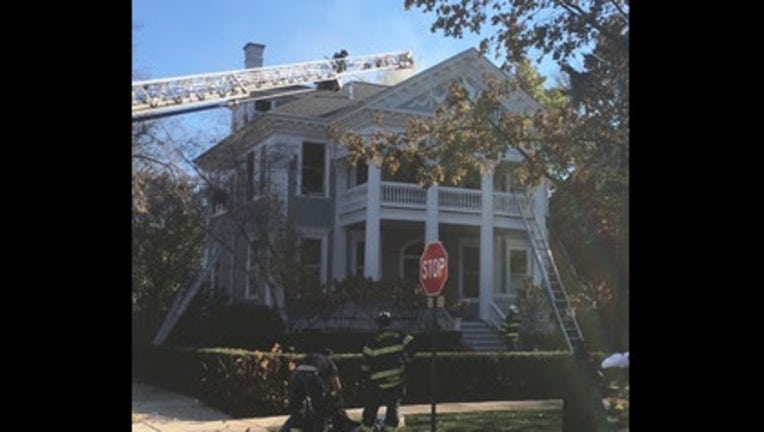 A family was displaced by a fire at their north suburban home on Thanksgiving. | Evanston Fire Department

SUN-TIMES MEDIA WIRE - A family was displaced by a fire in their home in north suburban Evanston on Thursday morning.

Crews responded to the fire in a large single-family home at 10:10 a.m. in the 1000 block of Forest Avenue, according to the Evanston Fire Department.

Firefighters found heavy smoke coming from the rear of the home, and the alarm eventually was raised to a box alarm, which bring additional fire departments from surrounding communities to help fight the blaze.

The residents safely exited the home and no injuries were reported, according to the fire department.

The fire was extinguished and the home will be saved, according to the fire department. However, the family will have to relocate for a couple of days.