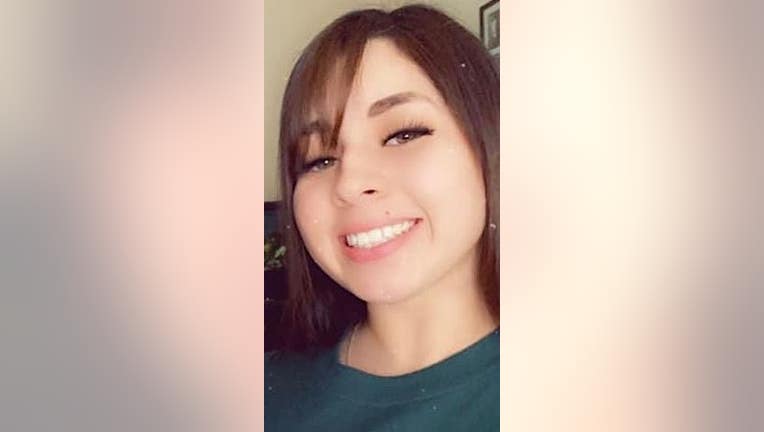 CHICAGO - A Pilsen woman remains on life-support after she was shot during an exchange of gunfire between her boyfriend and an off-duty Chicago police officer on the Stevenson Expressway last week.

A lawsuit filed Wednesday claims the officer fired first during the road-rage incident, striking Lizbeth Urbina in the head. Prosecutors have alleged her boyfriend — a passenger in the car — had been aiming a green laser light at the officer before shots were exchanged last Thursday.

Urbina, 24, is a single mother of two daughters, ages 1 and 3, and works at a shoe store in Little Village.

"People love her in the neighborhood," said Baltazar Enrique, an organizer in Little Village. "This is one of our children. She’s one of our family."

Enrique said he’s filed a public information request with police for any video and other evidence related to the case. "We don’t want trigger-happy officers in our community," he said.

The shooting happened as both drivers got on Interstate 55 from Kedzie Avenue. Urbina was driving when the officer, who was headed to work, got angry and honked his horn when she didn’t pull forward after a light turned green, the lawsuit states.

"This then led to some back-and-forth interactions between the vehicles," the lawsuit states, with the "mutual disagreement" continuing on the expressway. As the cars pulled alongside each other, the officer noticed a green laser light being pointed at him, according to prosecutors.

Police said the boyfriend, David Abarca, had been pointing a gun equipped with a laser sight and an illegal switch that made the weapon automatic.

Shots were fired from both cars and Urbina was hit on the side of her head, the lawsuit states. She was taken to Northwestern Memorial Hospital, where she remains on life-support and is unable to speak, according to the lawsuit.

The lawsuit claims the officer fired first and broke Chicago Police Department rules by "engaging in any unjustified verbal or physical altercation" while off duty. The lawsuit also accuses the officer of escalating the confrontation and unlawfully using deadly force.

"Rather than de-escalate the situation in the first place, by slowing down, by pulling over, by exiting, by calling 911 … instead he escalated it," Urbina’s attorney Richard Dvorak told reporters Wednesday.

"And the result is a young woman who is in the ICU right now fighting for her life," he said.

The Sun-Times is not naming the officer because he has not been charged with a crime. He remains on active duty, but his actions are being reviewed by the Chicago Police Department and the Civilian Office of Police Accountability.

It is against departmental policy for officers to shoot at or from a moving car.

Dvorak said he is preparing to write a letter to State’s Attorney Kim Foxx demanding to know why Urbina was referred to as a "co-offender" during the initial bond hearing against Abarca on Sunday.

"It’s outrageous that she’s somehow responsible for her own injuries or be criminally liable for what she did," Dvorak said.

Shootings stemming from road rage have increased along Chicago expressways. Illinois State Police said 35% of all expressway shootings this year through mid-June have been related to road rage. That’s a 12% increase from last year, according to the state police.