Family of Chicago boy gunned down has message for shooter: ‘Turn yourself in’

The family of a 14-year-old boy gunned down in the streets of Chicago is outraged that the gunman is still on the loose.

CHICAGO - The family of a 14-year-old boy gunned down in the streets of Chicago is outraged that the gunman is still on the loose.

They want an arrest in their loved one’s death, but also an end to the violence that is plaguing Chicago and taking the lives of children.

The family of Vernado Jones says he was quiet young man, excellent in school and athletic.

“He didn't get a chance to really live life,” said Grandmother Clarissa Johnson.

Johnson says jones was a perfect grandson. She affectionally called him “Nunu.”

“He was a very intelligent young man,” she said.

Jones was one of eight people shot and four killed in Englewood on Saturday. 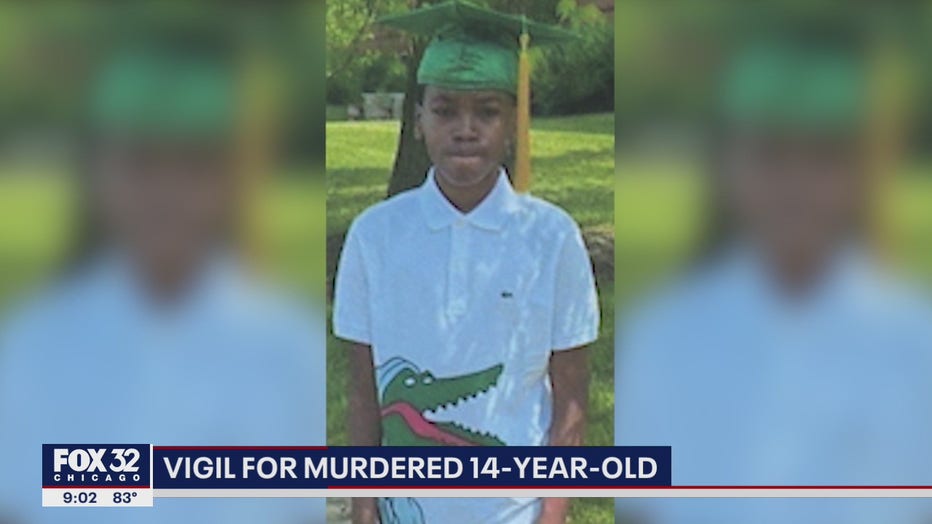 On Tuesday, dozens gathered near 62nd and Carpenter streets to remember the teen referred to as a "wonderful kid." His family also sent a message to the shooter.

“Whoever done it, turn yourself in. We would really appreciate if you do that,” said Aunt Nancy Wardlaw-Williams.

Natalia Wallace, 7, was also shot and killed on July 4th while playing outside her grandparent’s home in Austin.

On Tuesday, a judge denied bail for the accused getaway driver in the deadly shooting, 33-year-old Reginald Merrill. Prosecutors say Merrill was behind the wheel of a car when three people jumped out and started shooting.

Prosecutors also say detectives have camera footage that clearly shows the faces of the three shooters.

“Stop killing our children. They got so much life to live,” Wardlaw-Williams said.

Chicago police say the incidents that killed both kids were gang related.

Merrill is charged with first-degree murder. Police are still looking for three other suspects.

Meanwhile, no one has been taken into custody for Jones' killing.