The family of a cab driver who died after a vicious kick is finally getting some answers.

CHICAGO - The family of a cab driver who died after a vicious kick is finally getting some answers.

When no charges were filed in the case, they ended up suing the Cook County State's Attorney's Office.

The family says the suspect was apprehended, but then let go. The delay in prosecuting the case allowed the murder suspect to flee to China.

Anis Tungekar, 64, was on the job as a cab driver in the West Loop when there was an altercation with then-Uber driver Fangqi Lu in 2018.

The 30-year-old roundhouse kicked Tungekar in the head, leaving him to die on a city curb. New files reveal the state's attorney's office repeatedly rejected police recommendations to charge the suspect, even though he had a history of abuse. 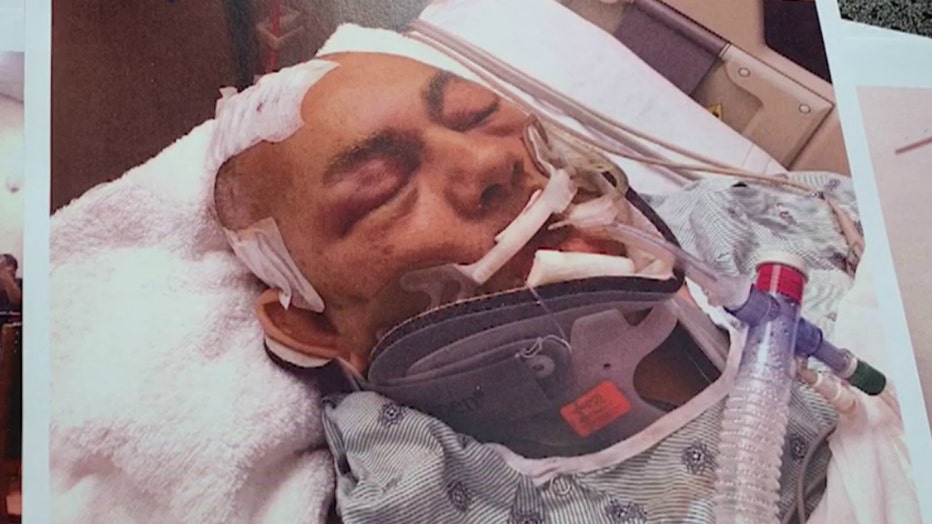 Anis Tungekar after the attack

Tungekar’s family filed a lawsuit against the Cook County State’s Attorney’s Office for not releasing information on the case to them, and the judge ruled in the families favor.

Lu is now in China where there's no extradition treaty. He is charged with murder. The family says they can’t bring their loved one back, but they believe justice can still be served.

“This is a perfect time to ask Chinese authorities to prosecute a killer,” the family said.

The judge will rule in January if the state's attorney's office will face fines for violations in this case. If they do, the money would come from taxpayers.