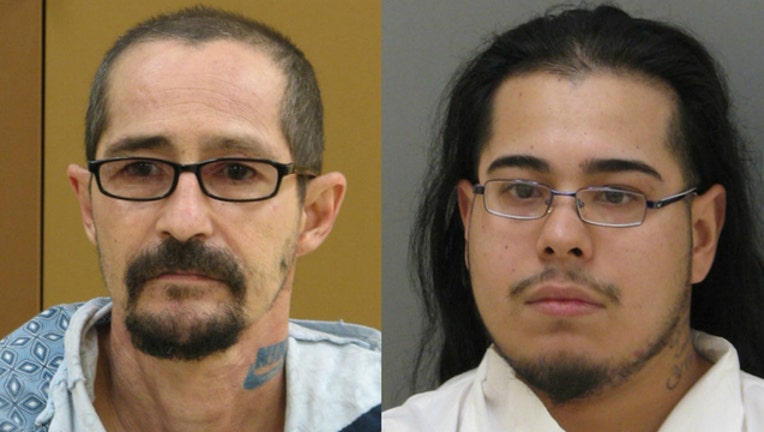 SUN-TIMES MEDIA WIRE - A father and son have been charged in connection with the fatal shooting of a 16-year-old boy Sunday afternoon in west suburban Melrose Park, according to police.

Following an argument in front of Collazo Sr.’s apartment about 4:45 p.m. Sunday in the 1900 block of North 17th Avenue, the older man retrieved a firearm, went into the parking lot and fired a shot into the air before menacing the victim and his friends with the gun, police said.

Collazo Jr. then took the gun from his father and fired at least one shot, striking 16-year-old Julian Hernandez in the chest, according to police.

When officers arrived at the scene, Hernandez was bleeding on the street and being treated by citizens, police said. Hernandez, of Melrose Park, was taken to Loyola University Medical Center in Maywood, where he died at 5:16 p.m., authorities said.

Collazo Sr. was arrested at the scene, police said. Collazo Jr. ran away and was arrested Wednesday in Schiller Park following an “intensive manhunt.”

Both father and son are documented gang members, as was Hernandez, police said.