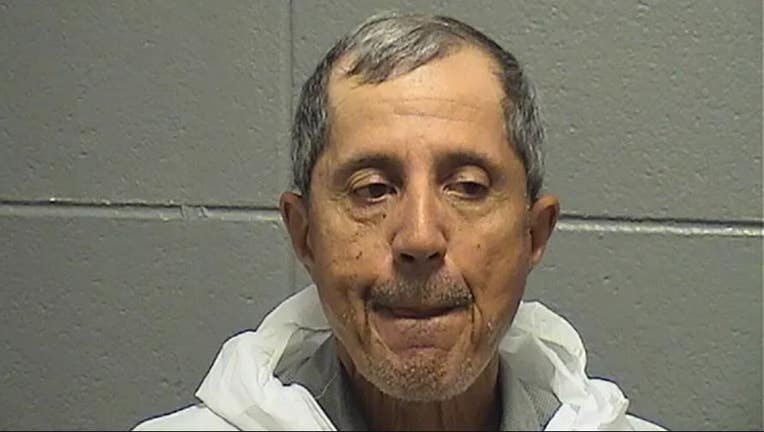 CHICAGO - Chicago prosecutors revealed details in the allegations against a 76-year-old man who was arrested over the weekend for allegedly sexually assaulting a teenage girl, as well as what happened when her father confronted him.

At a bail hearing on Tuesday, the Cook County State’s Attorney’s Office used the information as they successfully argued to have Juan Roldon kept in custody without bail as he faces charges of criminal sexual assault by force, criminal sexual abuse by force and unlawful restraint.

"If this [defendant] were to be released it would put any child in any public area at risk," prosecutors said in a bond proffer obtained by Fox News.

The document states that the 14-year-old girl, identified only as K.P., was at a family picnic at Montrose Harbor in Chicago's North Side when she walked toward the public restrooms. Roldon allegedly saw her and "lured her into the bird sanctuary area" before grabbing her breasts and vagina, "then dragged her into a set of bushes."

"After realizing the bushes were still possibly in view of others at the Harbor [Roldon] then dragged the V into another bush area in the bird sanctuary," the document says.

Prosecutors say Roldon then put his hand down the girl’s pants and grabbed her buttocks, forced her to perform oral sex, and then used a napkin to wipe her mouth before she ran away.

The girl immediately told her father what happened, and told him where Roldon was and what he was wearing, prosecutors said. Less than five minutes later, her father found the suspect, who denied the allegations before the girl pointed out the napkin that was still in his pocket. Her father then punched Roldon until bystanders broke them apart and detained Roldon until police arrived, the document says.

Prosecutors noted that one of the bystanders saw Roldon discard the napkin and pointed it out to law enforcement officers who recovered it as evidence.

The girl was treated at a local hospital, where a criminal sexual assault kit was done.

In arguing that Roldon should be held without bail, prosecutors emphasized how quickly the girl reported the incident, the evidence in his pocket, and how soon he was apprehended. His next court date is scheduled for September 6.