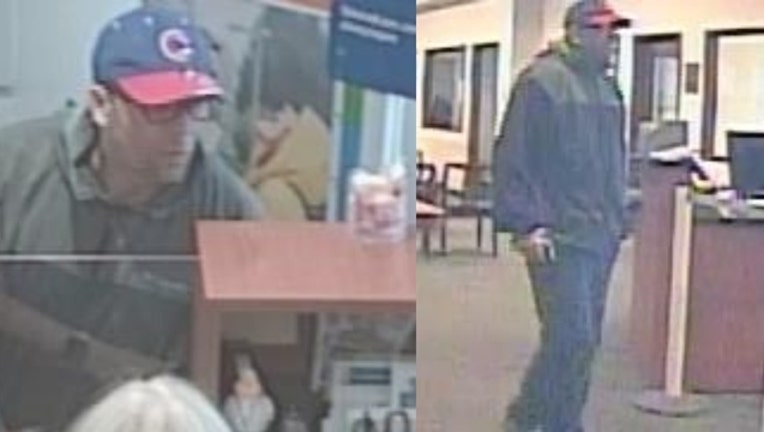 About 11 a.m. on Sept. 28, a man wearing a Cubs baseball cap entered the PNC Bank at 8990 N. Milwaukee Ave. and presented a teller with a note declaring a robbery, according to a statement from Niles police.

He did not display or indicate he had a weapon, police said.

The teller handed over about $2,000 to the man, who left the bank and traveled west on Ballard Street, according to police. Officers responded to the bank but were unable to find the robber.

The suspect was wearing thick black-framed glasses, the FBI said. He was described as a 5-foot-8 to 5-foot-10-inch tall man in his 30s.