LISLE, Ill. - The FBI is looking for a male suspected of robbing the Old Second Bank on Tuesday in west suburban Lisle.

About 11:50 a.m., the robber walked into the bank at 3101 Ogden Ave. and handed a note to a teller demanding money, according to the FBI. He did not display a weapon or imply he had one.

After the robbery, the suspect fled in a car, the FBI said. 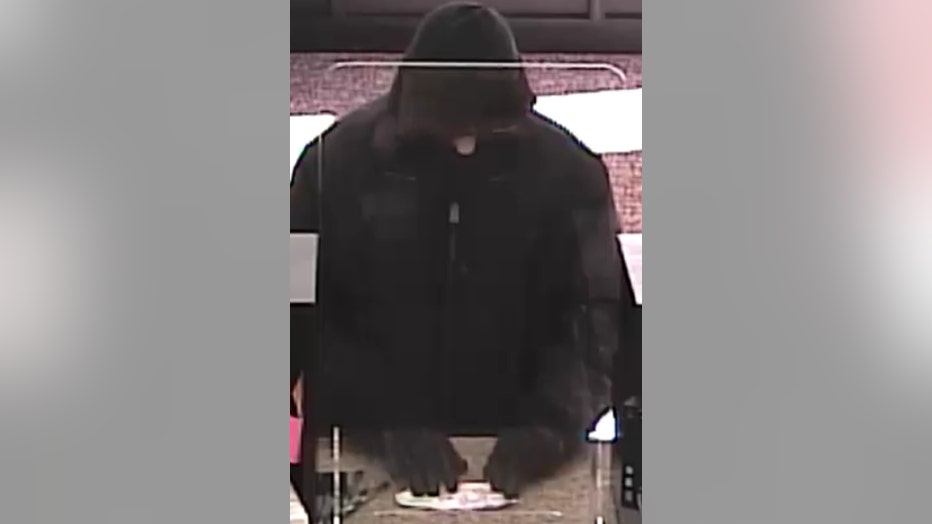 The FBI says this person is wanted for robbing the Old Second Bank in Lisle on Sept. 28, 2021. (FBI)

The suspect was described as a white male, standing 5-foot-9 or slightly taller with a think to average build. He was wearing a black beanie, a black hooded jacket, dark gloves, black pants and a black face mask.