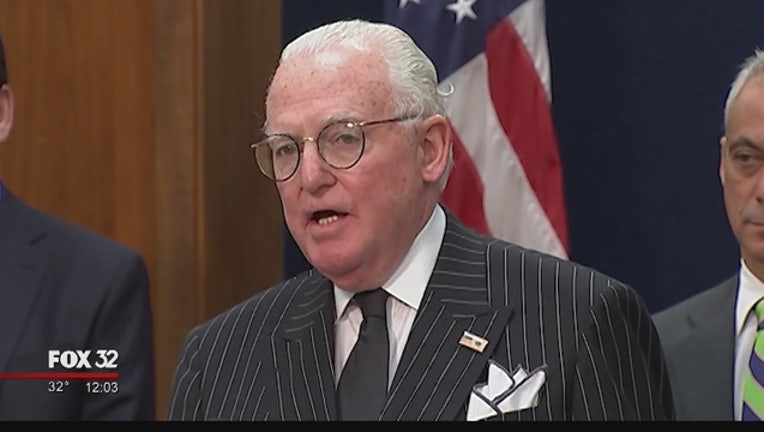 CHICAGO - Federal prosecutors have unveiled the extent of their case against a long-time Chicago alderman facing federal racketeering and other charges.

In a hearing Tuesday before U.S. District Judge Robert Dow, prosecutors said they have given more than 40,000 pages and 100 discs of evidence to attorneys for Alderman Edward Burke.

Burke's attorney asked for another three months to review the evidence before deadlines for pretrial motions are set. Dow granted the motion.

Burke is accused of trying to shake down the developer of a vacant post office and threatening to oppose a Chicago museum's admission fee increase because it didn't respond to his inquiry about an internship for a friend's child. He has pleaded not guilty to bribery, attempted extortion, conspiracy to commit extortion and using interstate commerce to facilitate an unlawful activity.