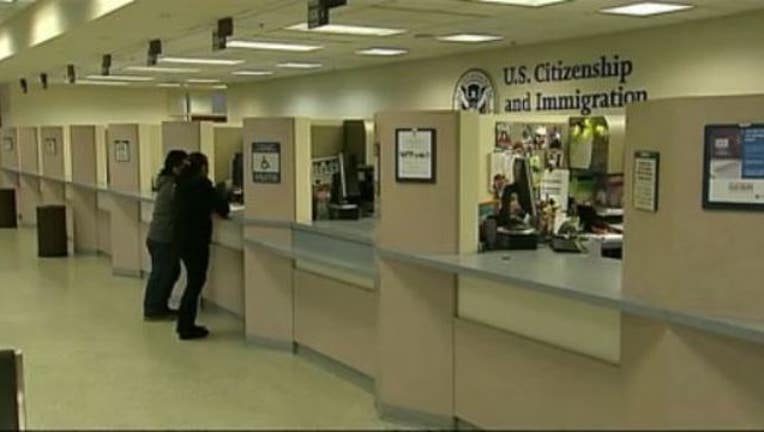 WASHINGTON (AP) - Citizenship and Immigration Services says it's resumed accepting requests to renew a grant of deferred action under the Obama-era program that shields from deportation young immigrants brought to the U.S. as children and who remain in the country illegally.

The decision comes four days after a federal judge, in a nod to pending lawsuits, temporarily blocked the Trump administration's decision to end the program.

In a statement posted Saturday on its website, the USCIS says the policy under the Deferred Actions for Childhood Arrivals program, or DACA, will be operated under the terms in place before it was rescinded in September.

Congressional lawmakers are trying to write legislation to give the so-called Dreamers legal status.

DACA has protected about 800,000 people, many of them college-age students.

"DACA is probably dead because the Democrats don't really want it, they just want to talk and take desperately needed money away from our Military," the Republican president tweeted. "I, as President, want people coming into our Country who are going to help us become strong and great again, people coming in through a system based on MERIT. No more Lotteries! (hash)AMERICA FIRST."