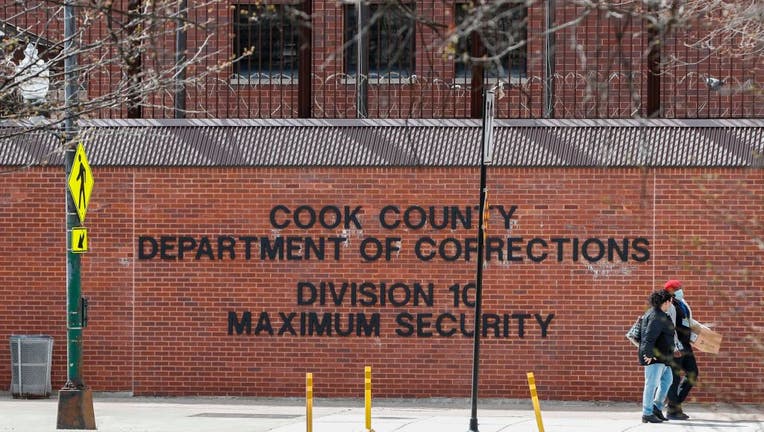 The Cook County Department of Corrections (CCDOC), housing one of the nation's largest jails, is seen in Chicago, Illinois, on April 9, 2020. - The jail has seen a rise in coronavirus cases after two inmates tested positive on March 23. The Cook Coun

CHICAGO - Fewer people have tested positive for the coronavirus over the past month at Cook County Jail, officials announced Friday.

The rate of positive COVID-19 tests has gone from 97% to less than 10% since March, Cook County Health officials said in a statement.

Since May 8, most of the new cases have come from detainees entering the jail, rather than people who were already in custody, officials said.

They credited the decline to interventions implemented since the beginning of the year, including opening unused divisions to accommodate social distancing, converting available cells to single-occupancy and enhanced testing.

“As we watched this pandemic approach Cook County, we understood the potential impact it could have at the jail and worked with our public safety partners to release non-violent offenders,” Cook County Board President Toni Preckwinkle said in the statement. “This was both the right thing to do for these individuals and the right thing to do to mitigate spread inside the jail.”

In March, the jail released several detainees deemed “highly vulnerable” to the coronavirus.

Earlier this month, the jail ran out of electronic monitoring bracelets, which inmate advocates warned could strain the sheriff’s office’s ability to socially distance detainees.

As of Friday evening, 115 detainees are currently positive for COVID-19, according to the Cook County sheriff’s office. So far, seven detainees and three sheriff’s office employees, including two correctional officers, have died from the virus.