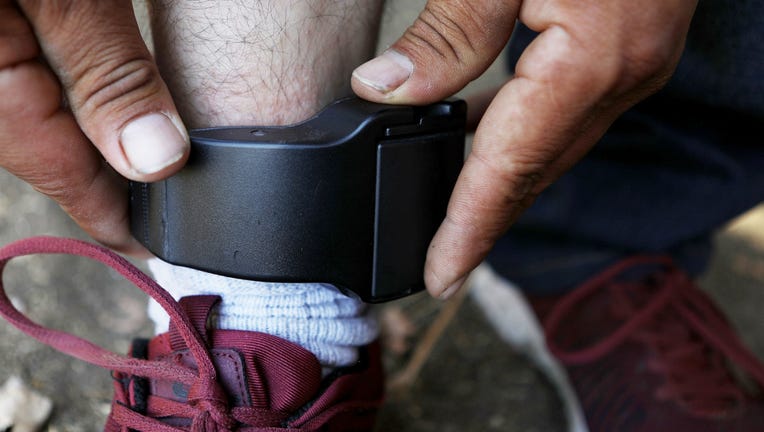 A man demonstrates the ankle monitor he is required to wear 24 hours a day. (Mario Tama/Getty Images / Getty Images)

CHICAGO - The effort to reduce the population at Cook County Jail to slow the spread of the coronavirus hit another snag when the sheriff announced that he has run out of electronic monitoring bracelets that defendants wear when they’re placed on home confinement.

The sheriff’s department said Thursday that the lack of the bracelets will mean that defendants who might otherwise have been sent home will have to remain in jail, where hundreds of detainees and staffers have been infected by the virus in recent weeks.

The lack of bracelets “threatens to undo the successes we have achieved in slowing the spread of the virus,” said jail spokeswoman Sophia Ansari.

Judges, attorneys and the sheriff’s office have been scrambling to get as many non-violent offenders out of jail as quickly as possible — an effort that has seen its population shrink from about 5,400 in late March to just over 4,000 this week.

The announcement comes at a particularly difficult time because, like other jails around the country, Cook County Jail typically sees its population climb when the weather gets warmer and the number of arrests climb.

JUDGE TO COOK COUNTY JAIL: DO MORE TO PROTECT INMATES FROM VIRUS

Sharlyn Grace, executive director of the Chicago Community Bond Fund, a nonprofit that posts bond for destitute detainees, said something must be done.

“Given the consequences right now of people being jailed, we can’t allow a supply issue to be putting people at risk of getting sick, or death,” Grace said, adding that there are about 500 detainees who, if they were able to post bond and ordered on electronic monitoring, would have to stay in jail. 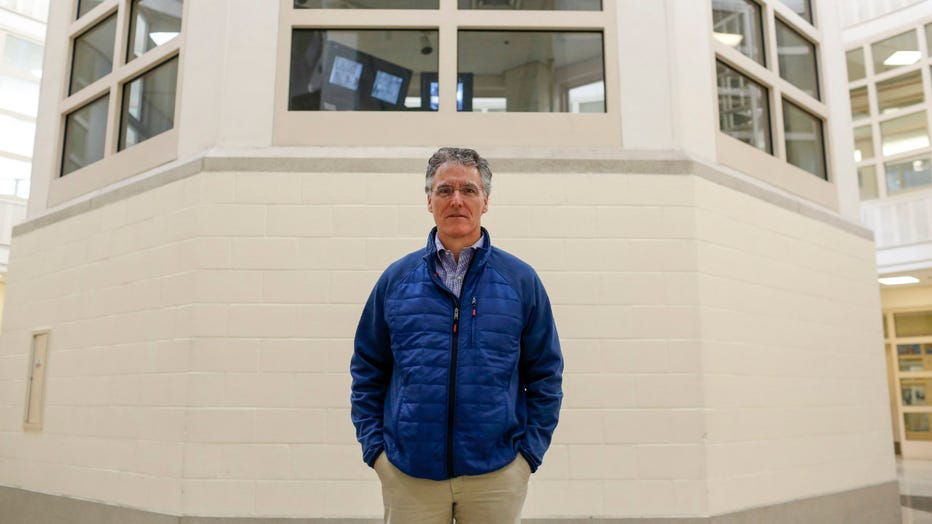 Sheriff Tom Dart, whose office runs the jail, has long expressed concern about the electronic monitoring program and his office’s ability to monitor defendants facing serious charges. His concerns have only grown now that the supply of bracelets run out.

“We have been at, or exceeding, capacity in EM for some time. However, this capacity has now formally asserted itself,” he wrote in a letter to county officials..

Dart urged the county’s criminal justice system to come up with a process that would remove defendants from electronic monitoring after a certain period so that the bracelets could be used by other jail detainees.

Chief Judge Timothy Evans’ spokeswoman said that judges would be willing to work with attorneys to identify defendants who were issued the monitoring bracelets before the pandemic to determine which ones can give them up so they can be used by other defendants.

“This is obviously a concern given that the use of electronic monitoring has helped reduce the jail population before and during the pandemic,” spokesman Pat Milhizer said in a statement.