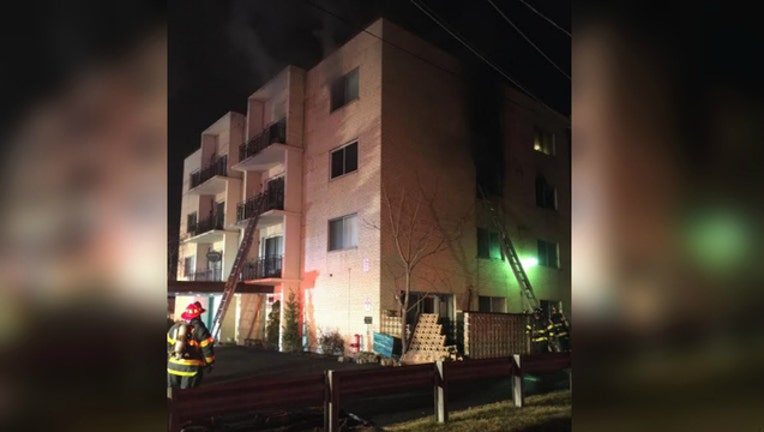 (SUN TIMES MEDIA WIRE) - An apartment building sustained about $300,000 in damages during a fire Tuesday night in west suburban Aurora.

Firefighters responded shortly before 10 p.m. to the four-story building in the 400 block of North Lake Street, where they found heavy smoke and fire in a third-floor apartment, according to a statement from the Aurora Fire Department.

It took 37 firefighters about 30 minutes to extinguish the blaze, fire officials said. No injuries were reported.

The unit in which the fire started was rendered uninhabitable and the residents were relocated to another apartment within the building, fire officials said. All other occupants were able to remain in the building. Damages are estimated to be about $300,000.

The cause of the blaze was under investigation.