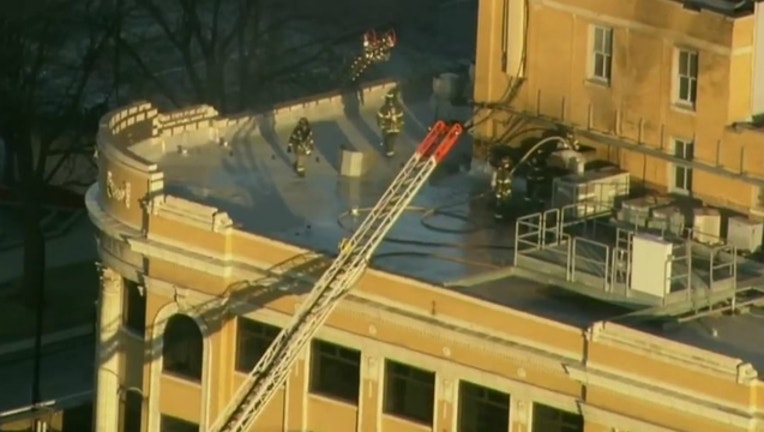 SUN TIMES MEDIA WIRE - Crews put out a fire Friday morning on the roof of the Olympic Theater building in west suburban Cicero.

The fire was apparently caused about 7 a.m. by a heating unit on the southwest corner of the roof of the building, 6134 W. Cermak Road in Cicero, according to town spokesman Ray Hanania.

The fire caused smoke to enter the building, which was evacuated, Hanania said. No injuries were reported, and there was no damage to the interior of the building other than smoke damage.

The fire remained under investigation Friday morning by the Cicero Fire Department, according to Hanania.