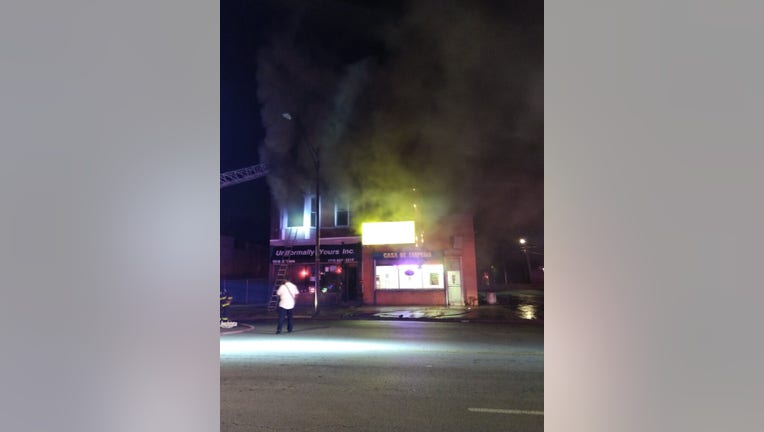 No injuries were reported in a fire Aug. 28, 2020, at a store and apartment in the 5500 block of South State Street. | Chicago Fire Department

CHICAGO - A fire damaged a store and an apartment Friday in Washington Park on the South Side.

Crews responded about 2 a.m. to the store with an apartment above it in the 5500 block of South State Street, according to Chicago Fire Department officials.

The fire was out by about 2:20 a.m. and no injuries were reported, the fire department said.