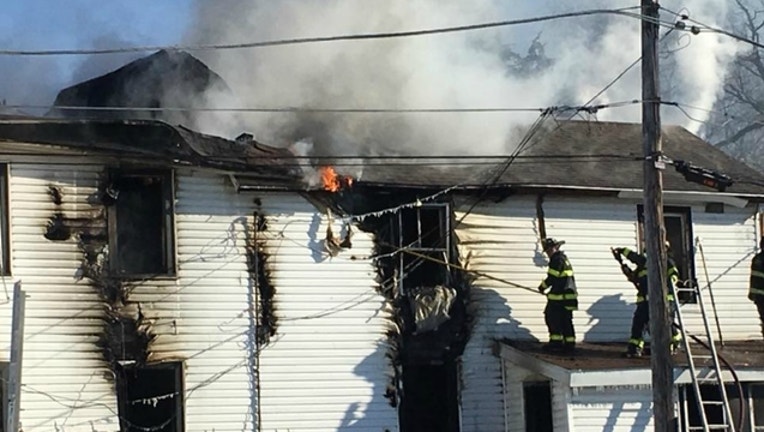 About 10:55 a.m., a resident was using a propane heater to try and thaw the frozen pipes of the home in the 400 block of Pierce Street when the fire started, according to a statement from Aurora Fire Department Captain Jim Rhodes. He tried to extinguish the fire himself before calling 911.

Crews arrived to find heavy smoke pouring out of the two-story home, Rhodes said. Due to the cold, the department’s response was upgraded to a third alarm, bringing 47 firefighters to the scene.

Five people were inside the home when the fire started, and all of them evacuated safely, Rhodes said.

The home sustained an estimated $175,00 in damage and was deemed uninhabitable, leaving its seven residents to stay with nearby family, Rhodes said.

One firefighter was taken to a hospital to be treated for a non-life-threatening injury, Rhodes said.

The fire was the second one in three days that was caused by people trying to thaw frozen pipes, Rhodes said. Anyone who encounters frozen pipes is advised to contact a licensed plumber instead of trying to thaw the pipes on their own.