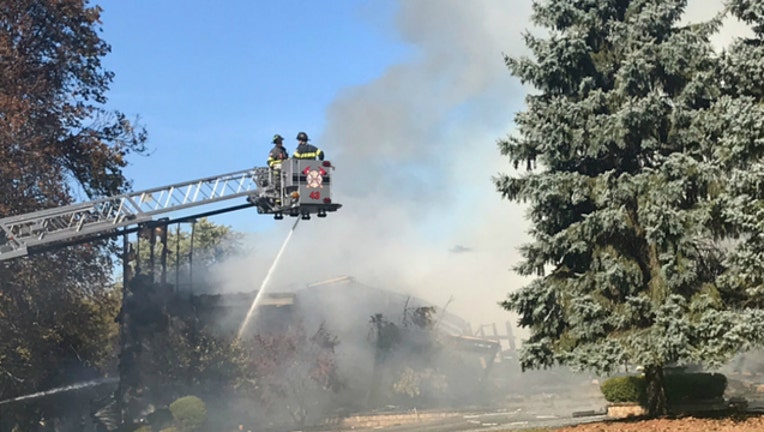 DOLTON (Sun-Times Media Wire) - One person was in custody after reports of an explosion Monday afternoon at the former home of NBA player Dwyane Wade in south suburban Dolton.

A large fire was reported about 1:30 p.m. at the home in the 1700 block of 158th Street in Dolton, according to authorities at the scene. The house was the former home of the Miami Heat’s Dwyane Wade.

Police and fire officials said there were reports that the fire started after an explosion, but those reports have not yet been confirmed. The fire appeared to be suspicious in nature.

One person of interest was in custody in connection with the fire, according to Dolton Police Chief Robert Collins Jr. The person, who suffered burns, was treated by paramedics and was being questioned by detectives Monday afternoon.