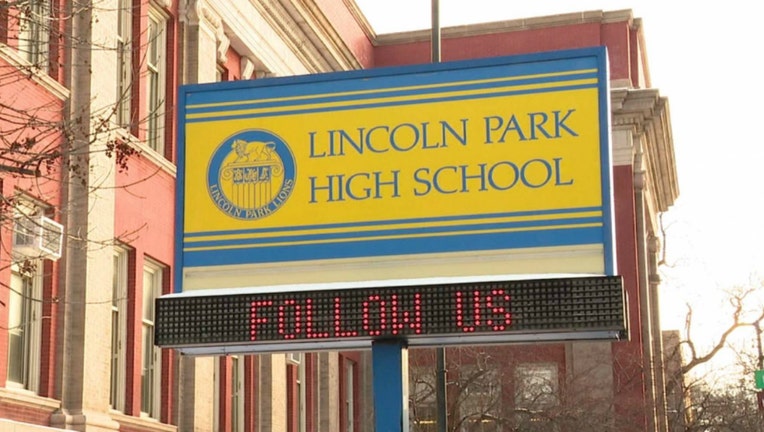 CHICAGO - The fired top administrators of a Chicago high school filed a federal lawsuit Tuesday against the city’s school district, claiming deprivation of due process, defamation and infliction of emotional distress.

Interim Lincoln Park High School principal John Thuet and Assistant Principal Michelle Brumfield were fired Jan. 31 amid several investigations into alleged misconduct and the handling of those allegations. In the face of a demand by parents of students for more information, Chicago Public Schools revealed the investigations involved claims of sexual misconduct, improper student discipline and retaliation against witnesses.

The Chicago Tribune reports Thuet and Brumfield contend the school district’s comments have led to false assumptions about them with little chance to defend themselves outside court.

“CPS publicly disseminated unfounded, false statements accusing plaintiffs of causing ‘life-altering harm’ to students and ‘endanger(ing) victims,' falsely conveying that plaintiffs had participated in and acted to conceal serious acts of misconduct at Lincoln Park High School,” the complaint states. “These statements are false, and defendants knew they were false.”

Brumfield was hired by CPS in 1995, and Thuet has worked for the district for more than 10 years. CPS documents obtained through a public records request show neither has faced disciplinary action by the district. Lincoln’s local council voted unanimously in August to offer Thuet a one-year interim principal position, replacing a person who was promoted. Thuet hired Brumfield to be assistant principal.

Thuet said he was in a state of shock when he was fired. Brunfield said she left the meeting in which they were fired "in a daze.” Their firing prompted student walkouts, social media campaigns and letters to Mayor Lori Lightfoot and CPS administrators. A parent action group has raised money to offset their legal fees.

CPS declined to comment on the lawsuit, citing "ongoing litigation.”