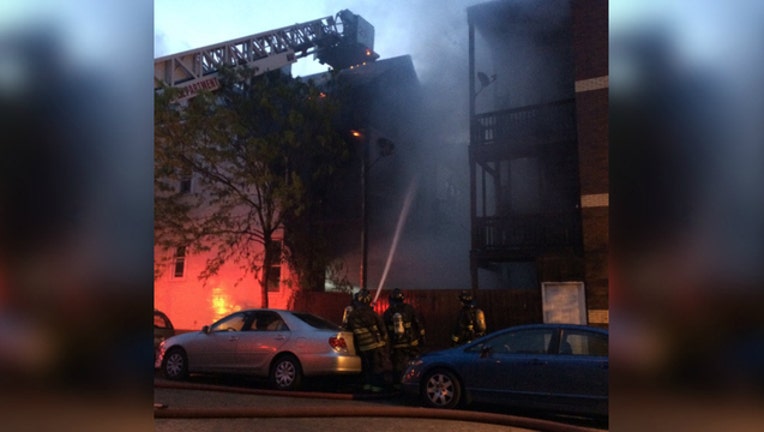 A firefighter was hurt and eight people were displaced by a Wrigleyville fire early Friday. | Fire Media Affairs

CHICAGO (SUN TIMES MEDIA WIRE) - A fire in the Wrigleyville neighborhood early Friday left a firefighter was hurt and eight people displaced from their homes.

The fire was reported in a 2 1/2 story building in the 1000 block of West Cornelia, according to Fire Media Affairs. The fire started on a rear porch and spread to the building to the south, but was struck out about 5:15 a.m.

One firefighter suffered “minor” injuries, but their hospital information wasn’t disclosed Friday morning. No other injuries were reported.

The fire came less than a week after another porch fire about a mile west left a firefighter injured and 12 buildings damaged. Thirty people were displaced by the blaze that was started by a discarded cigarette.