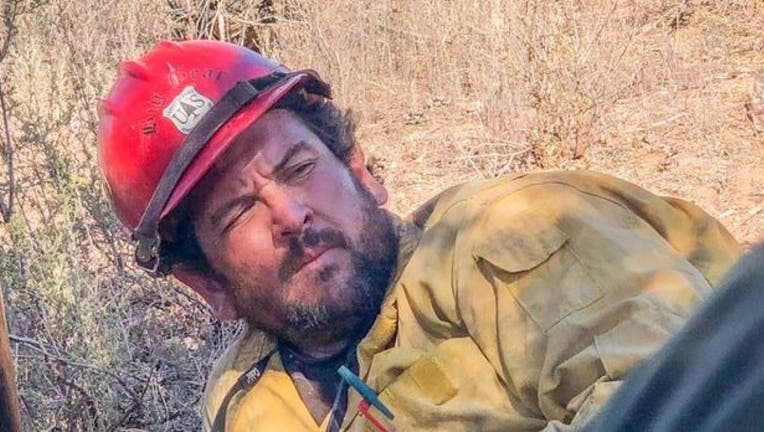 LOS ANGELES - The firefighter who died last week battling the El Dorado fire that was started by a gender-reveal party in Southern California was identified on Monday as a squad boss from a hotshot crew.

Charlie Morton was the leader of the Big Bear Interagency Hotshot Crew of the San Bernardino National Forest, according to officials. A statement from the California Department of Forestry and Fire Protection said it was the 26th death involving wildfires besieging the state.

He “was tragically killed during efforts to suppress the El Dorado Fire on their home unit. Our hearts go out to Charlie’s loved ones, friends, coworkers and the Big Bear Hotshots,” U.S. Forest Service Chief Vicki Christiansen said in a statement.

The San Bernardino Sun reported that the 39-year-old worked as a firefighter for 18 years. The paper said he is survived by his wife, daughter, parents, two brothers, cousins and friends.

Cal Fire said earlier this month that the El Dorado Fire was ignited Sept. 5 when a couple, their young children and someone there to record video staged the baby gender reveal at El Dorado Ranch Park at the foot of the San Bernardino Mountains.