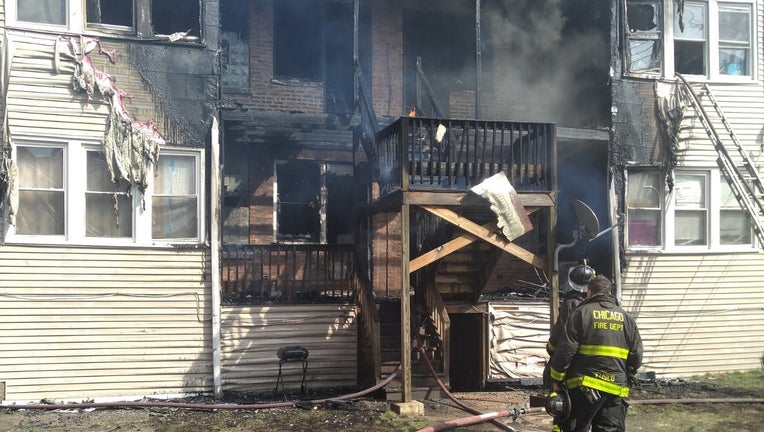 CHICAGO - Crews battled a fire Tuesday afternoon in Marquette Park after reports of children trapped on the Southwest Side.

The blaze broke out at an apartment building at 64th and Troy streets, Chicago fire officials said on Twitter.

Initial reports indicated children may have been trapped but firefighters did not found anyone inside, officials said.

The blaze was extinguished by 3 p.m. and officials reported no injuries, saying all of the occupants managed to escape the building.