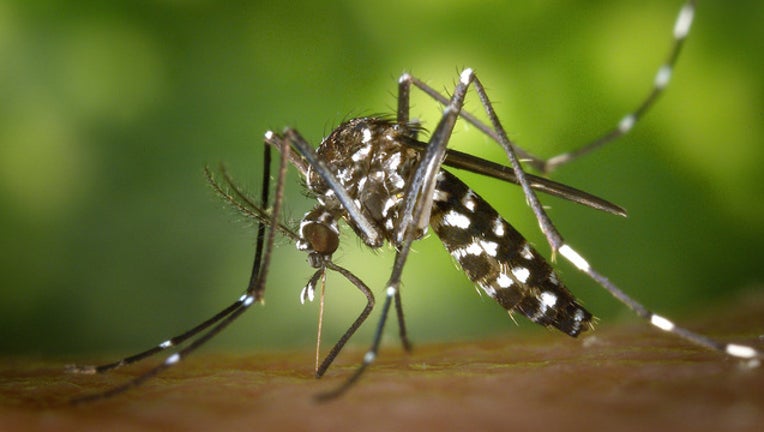 The mosquitoes were collected Tuesday by the DuPage County Health Department, IDPH said, making them the first mosquitoes to test positive for the virus this year.

In 2018, 74 counties in Illinois reported positive results for West Nile virus in a mosquito, bird or human, IDPH said. 176 human cases — which are often underreported — were confirmed positive last year, 17 of which resulted in death.

“The recent rains are leaving many pools of water behind, not only in sewer systems under streets and drainage ditches along roads, but in our own backyards,” Acting IDPH Director Dr. Ngozi Ezike said. “As we start to see higher temperatures, we will start to see more West Nile virus activity. While we see West Nile virus in Illinois every year, it is important not to become complacent. It’s easy to take precautions to protect yourself by wearing insect repellent and getting rid of standing water around your home.”

West Nile is transmitted through “house mosquitoes,” which pick up the virus from infected birds, IDPH said. Those who notice these sick or dying crows, blue jays, robins or other perching birds should contact their local health department, which may pick up the bird for testing.

Four out of five humans infected with the virus will not show symptoms, the department said. However, common symptoms that may appear for days or weeks at a time include fever, nausea, headaches and muscle aches.

The department encourages people to “fight the bight” by practicing the “three R’s:” reduce, repel and report.

According to IDPH, bites can be reduced by keeping tight-fitting screens over doors and windows and eliminating or refreshing sources of standing water every week. Mosquitoes can be repelled by wearing long-sleeved clothing and applying insect repellent, it said.

The department asks people who notice water sitting stagnant in ditches, yards and similar locations for over a week to contact local authorities who will add larvicide to the water, killing any mosquito eggs that may be present.