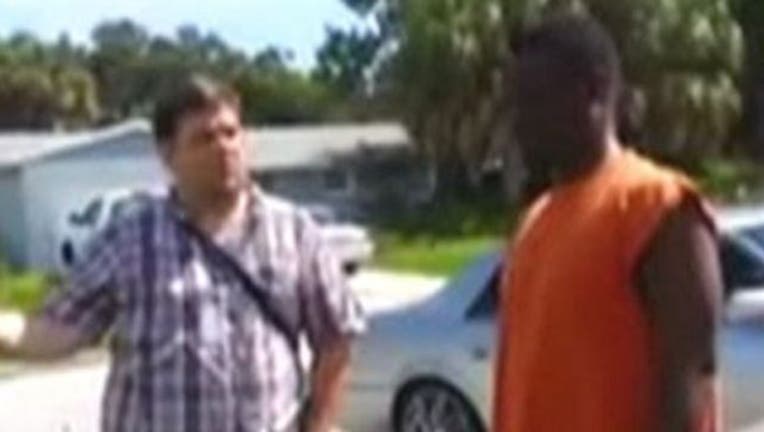 FOX News -- A viral video that shows a Florida man receiving a warning for allowing the smell of barbecue to waft off his property has some smoking mad.

Scotty Jordan uploaded a video on July 22 to Facebook that he says shows Pinellas County environmental specialist Joe Graham issuing a warning to Jordan and a friend for violating the country’s air quality law.  The video, which has been watched over four million times, shows Graham telling Jordan that there's too much smoke emanating from Jordan's commercial-grade grill.

“I just took three pictures of smoke,” Graham explains. “I can smell it again right now. You’re allowed to have it smell on your property, so that doesn’t count, but when I’m on the street, that’s when it counts.”

Jordan can be heard laughing in the video as the specialist continues to explain the problem.

“Is that against the law?” one of the man questions.

Graham proceeds to pull out his handbook and informs the men that neighbors are allowed to call in if they have concerns about barbecue smoke.  Pinellas County has a 24 hour hotline for residents to call in an emergency air quality complaint.

According to the ordinance, “commercial barbecue cookers are not exempt from causing a nuisance odor. If a sufficient number of complaints, representing different households, are reported and an Inspector witnesses the problem, they can issue a Warning Letter.”

The two men continue to laugh in disbelief and explain that other neighbors routinely cook out but no one appears to issuing warnings to them.

“So everyone in the whole world can cook out except me," Jordan can he heard saying.

Graham also says that in order to avoid a warning, the men should first check wind patterns before starting to barbecue—or upgrade their equipment to a newer model designed to curtail smoke and odors.

Graham's friend, who videoed the entire scene says, "We can't control the wind, God does that."

In an email obtained by Florida Politics, Pinellas County Administrator Mark Woodard says that the inspector was responding 15 smoke and odor grievances against Jordan's grill since September, 2014.

He said that Graham was merely sent out to educate the resident. According to SaintPetersBlog, no citation was issued to Jordan.