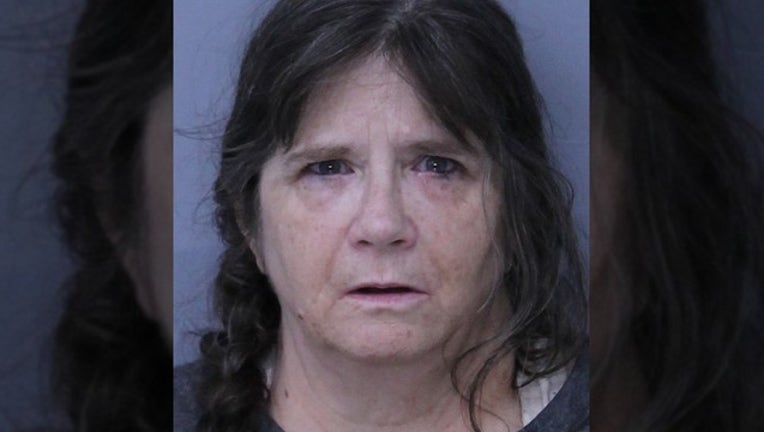 ST. AUGUSTINE, Fla. (FOX 35 ORLANDO) - A Florida grandmother has been arrested for the fatal overdose of a toddler.

According to the St. John's County Sheriff's Office, members of the county's Major Crimes Unit arrested 59-year-old Brett Taylor Aitken for the Aggravated Mansluaghter of her 15-month-old grandchild. Their investigation determined that she was negligent in her care of the child victim.

They said that deputies responded to the suspicious death of the victim on December 22nd, 2018 in the 900th block of Cypress Road in St. Augustine. The scene was investigated and interviews were conducted. An autopsy ruled that the 15-month-old died from 'Methadone Toxicity.'

The investigation reportedly revealed that the grandmother, Brett Taylor Aitken, held care and custody of the child. She previously placed Methadone from another individual's prescription into the child's prescribed allergy medication bottle.

An arrest report from the St. John's County Sheriff's Office reportedly stated that Aitken had forgotten about the transfer and administered the child's prescribed allergy medication, causing the fatal dosing. Investigators also learned that Aitken had unlawfully maintained possession of the controlled substance after an earlier death of the patient who had been prescribed the substance. She said that she saved it "for a rainy day."