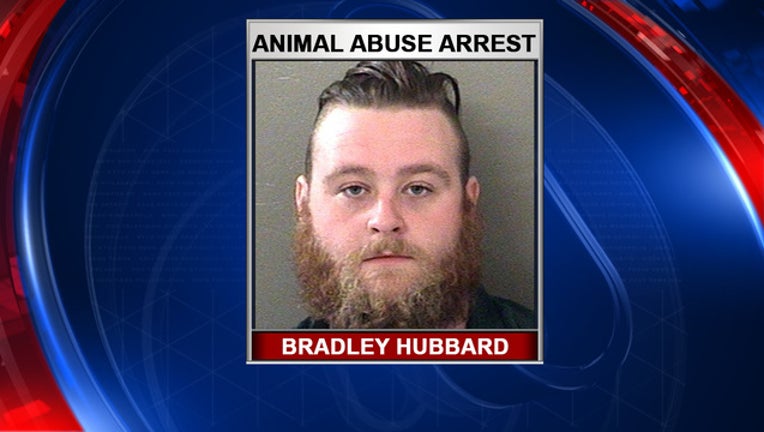 PENSACOLA, Fla. (FOX 13) - A Florida man is now out of jail after being arrested on charges of having sex with his dog -- abuse that may have been going on for years.

The unnamed family member, according to the paper, "could not take it anymore" after seeing Hubbard take the dog to his room to have sex with it.  She reportedly told deputies the abuse had happened more than 100 times over the last three years.

Investigators subsequently took Baby Girl to a veterinarian, who determined the dog's genitals showed signs of abuse, the report said.

Hubbard, 23, now faces charges of engaging in sexual acts with an animal and causing the pain, suffering, or death of an animal.  He has since been released on $15,000 bond.

Jail records show Hubbard has several prior arrests on charges including battery, larceny, and resisting arrest.

LINK: Read the full story from the Pensacola News Journal