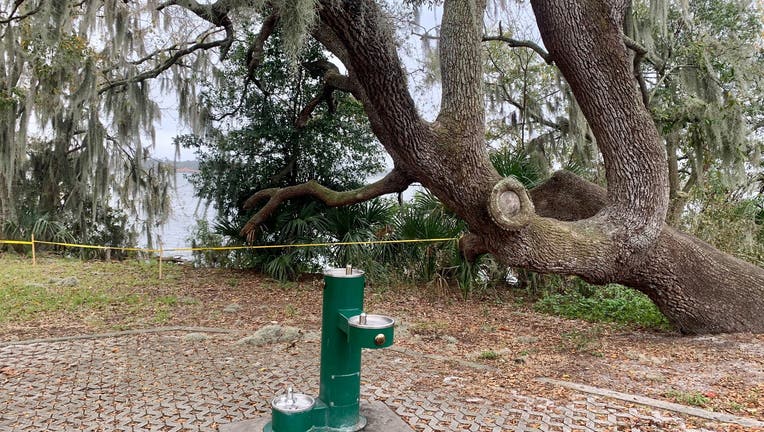 This area has been blocked off after Lakeland Parks and Recreation staff became aware of some snakes getting frisky.

LAKELAND, Fla. - A Florida city shut down a section of a lake Thursday after receiving reports of swarming snakes. Turns out, the slithery creatures were just celebrating Valentine's Day a little early.

The Lakeland Parks & Recreation department wrote on its Facebook page that a group of non-venomous water snakes congregated to mate near a traffic roundabout. It included one photo of the lake shoreline, and a closeup shot of a brown snake nestled in leaves.

Officials said the snakes are "generally not aggressive as long as people do not disturb them."

Once mating is over, they snakes are expected to go their separate ways.

The city said that Florida water snakes are a native species.

"They are generally found resting in tree limbs over water or basking on shorelines. They are an important part of the ecosystem and should not be disturbed," the Facebook post said.   Lakeland is in central Florida, between Tampa and Orlando.