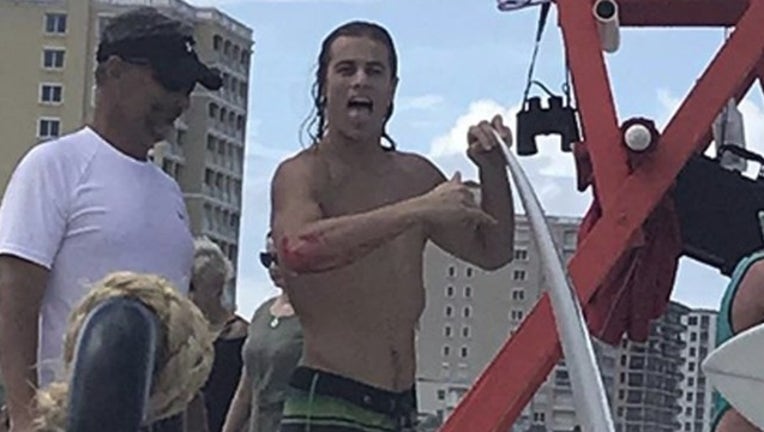 JACKSONVILLE, Fla. (FOX 35 ORLANDO) - A professional surfer who was attacked by a shark at a Florida beach chose to go to a bar instead of a hospital, reports stated.

According to Fox News, 23-year-old Frank O'Rourke was surfing at Jacksonville Beach on Saturday afternoon when a shark attacked him in the water.

Frank posted a photo of the bite on Instagram, stating that he only suffered "minor injuries."

One of Frank's friends, RJ Berger, was right there when it happened. He told News4Jax that "he immediately went to a bar 'cause he was like, 'I got bit by a shark,' and people were like, 'I'll buy you drinks.' So he went and hung out at the pier."

Fox News went on to say that it is not clear if Frank ever went to a hospital but that he still plans to surf in the future.