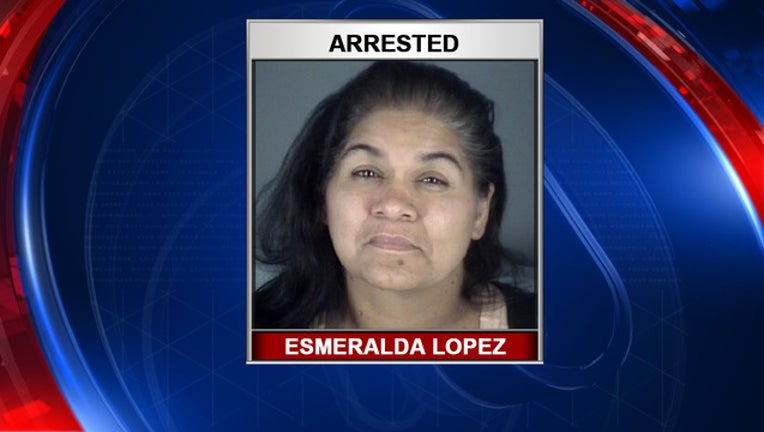 Pasco County deputies arrested 41-year-old Esmeralda Lopez on Monday morning. According to her arrested affidavit her and her husband were arguing inside their Lacoochee home in the 20000 block of Floyd Road.

Deputies said Lopez struck her husband in the face before pouring the hot sauce into his eyes. According to her affidavit, investigators said, “this was done against the victim’s will and without his consent.”

Her husband was transported to a hospital for treatment. During an interview, deputies said she admitted that she was arguing with her spouse but denied injuring him.
Lopez was arrested on a domestic battery charge.