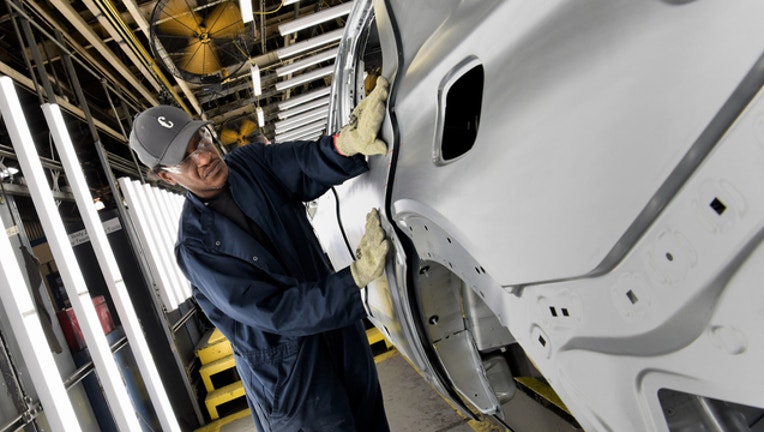 CHICAGO (AP) - Ford has unveiled its $1 billion investment into the automaker's Chicago plants, including at the company's oldest continuously producing facility.

The Dearborn, Michigan-based company on Monday said it took one month to update the Chicago Assembly Plant to make its Explorer, Police Interceptor Utility and Lincoln Aviator models. Ford officials say scrap metal weighing the equivalent of the Eiffel Tower was removed from the plant and 500 truckloads of new equipment was moved in.

The remodel stems from Ford's announcement earlier this year that it was making the $1 billion investment in the properties and adding 500 new jobs. Improvements include new technology, like 3D printers and robots, and remodeled cafeteria and break areas for workers.

Ford employs more than 6,000 workers at the two facilities on Chicago's South Side.