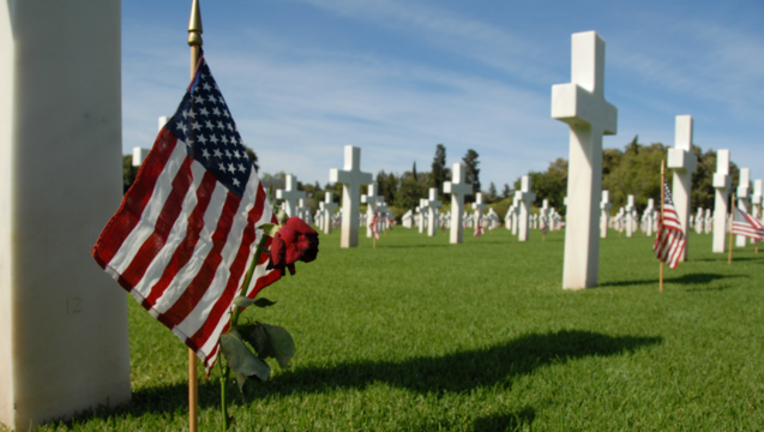 DENVER (AP) - Fort Logan National Cemetery honored 30 veterans whose remains have gone unclaimed with a funeral ceremony Saturday in Denver, including veterans' whose cremated remains were left at funeral homes and others who had no next of kin.

Maj. Gen. H. Michael Edwards, the service's guest speaker, said remains also may go unclaimed because families forgot about them, or don't know their relatives are eligible for a military burial.

"In my mind, (they're) almost MIA, because they just sat there," Edwards said. "Each of them has a story. I only wish we knew their full story."

A crowd of about 80 people showed up. The names of the dead were read, followed by the rank, branch and war in which they served, going back as far as World War II.

Service members located the veterans' urns on a table and declare them "present," and a bell would ring, the Denver Post reported. The remains were marked with engraved marble plates.

Stan Paprocki, president of Chapter 1071 of the Vietnam Veterans Association, said it took the chapter more than a year to assemble the remains for the service.

He said the U.S. Department of Veterans Affairs helped identify the remains.

Paprocki said another 36 veterans would be honored at another service in two months.

The ceremony was part of the Missing In America Project, a national nonprofit that works with veterans groups to inter unclaimed veterans' remains.

Jose Gonzales, a 67-year-old Vietnam veteran, said it took him a long time to heal after he returned home. After several decades, Gonzales started to go to memorial services for veterans.

"I (hadn't) attended before because it took some 40 years to break out of that shell and honor the vets," Gonzales said. "It's healing to the soul, you know."