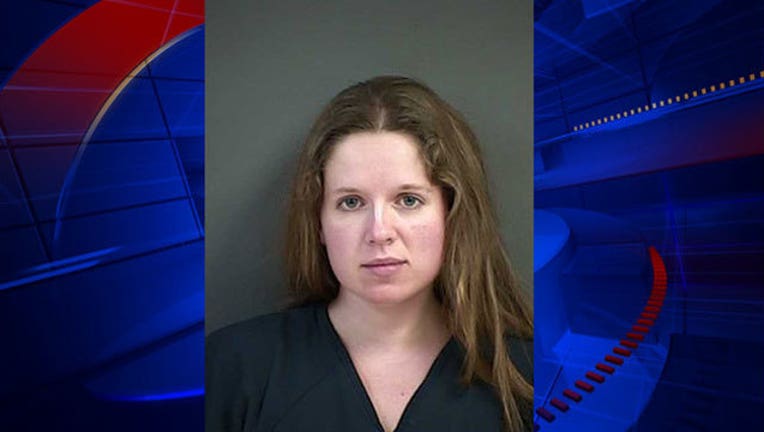 Andrea Nicole Baber, 29, was arrested after her husband allegedly walked in on her and a 15-year-old student in bed. Authorities say Baber's affair with the teenage boy lasted for more than a year. Read more.

(FOX NEWS) - A former Oregon Christian school teacher was arrested after being accused of having an affair with a 15-year-old student that lasted for more than a year, authorities said Monday.

Andrea Nicole Baber, 29, was arrested at her home in Cottage Grove on Friday, the Register-Guard reported. The arrest came days after Baber’s husband allegedly walked in on her and the teen in bed, according to the News-Review.

The student’s father reported the relationship to police Dec. 12 after he and his wife received an anonymous email asking if they knew the boy and the Logos Christian Academy teacher were in a sexual relationship, authorities said.

The message was attached with photos of the teacher and the boy, according to the Register-Guard, citing an affidavit filed in Douglas County Circuit Court.