“I have never felt pain like I feel now, and I'm just trying to take it minute by minute, second by second, it's real difficult,” said Maurice Southern as he stood with family outside his Southeast side home.

His son, 23-year-old LaVell Southern, was out with his best friend celebrating his cousin's 21st birthday at the Red Kiva club in the 11-hundred block of West Randolph.

Chicago Police say there was an argument inside and after Southern left around 2:30 AM Sunday, he was followed outside.

Just down the block, friends heard gunshots and they ran around the corner at Racine, but Southern was shot twice and killed, and his other friend was wounded.

Maurice Southern said the pain of his son’s murder is unbearable, and he is only getting by with the help of his family, his friends, and his faith.

“I'm a pastor of a church and I'm always telling everybody else how God can carry you in difficult times, now it's my time. Now it's my time to live what I preach,” he said.

Maurice Southern is pastor at Grace Apostolic Faith Church on the city’s Southeast side. LaVell worked at the church handling finances and security and was also active in men’s ministries.

“When they took my son from me, they didn't just take a son, they took a son that was active in my life, and a big part of my ministry at the church,” Maurice Southern said.

LaVell played football all four years at Mt. Carmel High School and then at Carthage College, until a knee injury forced him to return home. He was hoping to go back to school and get a degree in criminal justice and pursue a career working for the FBI.

“LaVell was the heart of the family, even though I have a daughter that is younger, everybody always spoiled him. He was a momma's boy,” his father said.

Maurice Southern, who is also a Chicago fireman, has seen his share of tragedies. He never expected it to hit home like this.

“So, the young man that did this, you don't know how much pain you bring to a family until it happens to you. And the level of unbearable pain that goes with this and burying a child is rough,” he said. “There's really nothing you can do but fall back in the arms of God, and hope he carries you.”

Police said there is no one in custody, but initial reports suggested the killer may have sped away in a black minivan. 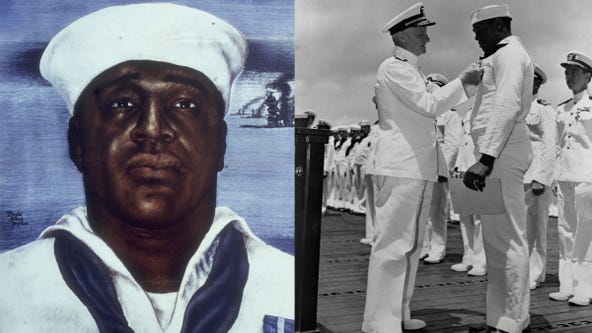