Dante Salinas was charged with three counts of second-degree murder and one count of involuntary manslaughter in Stinnette's death, which took place on Oct. 20, 2020, court records show.

WAUKEGAN, Ill. - A former Waukegan police officer has been charged in a 2020 on-duty shooting that killed 19-year-old Marcellis Stinnette and wounded his girlfriend Tafara Williams.

Dante Salinas was charged with three counts of second-degree murder and one count of involuntary manslaughter in Stinnette's death, which took place on Oct. 20, 2020, court records show.

Salinas, who had five years on the force, was fired days after the shooting for "multiple policy and procedure violations" during the incident, police said at the time.

"These charges against Salinas have been a long time coming. My son, Marcellis Stinnette, was innocent, unarmed and did nothing wrong. He did not deserve to be shot and killed by former Waukegan Police Officer Dante Salinas," Zharvellis Holmes, mother of Marcellis Stinnette, said in a statement.

Police have said the vehicle driven by Williams, with Stinnette in the passenger’s seat, fled a traffic stop conducted by a white officer. They said that a short time later,Salinas, who is Hispanic, approached the vehicle and opened fire out of fear for his own safety when the vehicle moved in reverse toward him. No weapon was found in the vehicle.

Waukegan police released several dashcam, body camera and traffic camera clips related to the shooting although the shooting itself is not shown in any of the videos.

Williams, 20, who is Black, said she was sitting in her car in front of her home with Stinnette, smoking a cigarette. She said she did not want to smoke near their young child. She said a white officer pulled up and started to question her, telling Stinnette that she knew him from when he was in jail.

She said after she and Stinnette both raised their hands to show the officer that they were unarmed, she pulled away slowly. She said the officer did not follow her but that a short time later it seemed to her that another officer was "waiting for us."

"There was a crash and I lost control. The officer was shooting at us. The car ended up slamming into a building. I kept screaming, ‘I don’t have a gun.’ But they kept shooting. He told me to get out of the car. I had my hands up, and I couldn’t move because I had been shot." 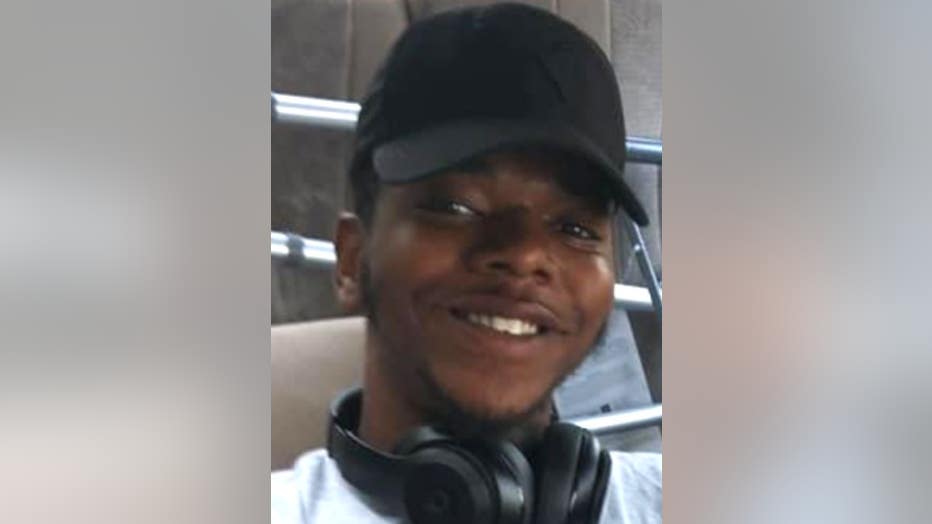 She said that she could hear Stinnette breathing and begged the police to take him to the hospital first because he had recently had surgery, but her pleas were ignored.

"They laid Marcellis on the ground and covered him with a blanket while he was still breathing," she said. "I know he was still alive and they took that away from me."

"He profiled these people because of the color of their skin. That was their crime," he said.

A Waukegan police officer shot two people Tuesday night — fatally wounding one of them — after the car they were in allegedly reversed toward the officer in the north suburb.

A body camera clip shows the traffic stop before the shooting, during which an officer tells Stinnette that he knows him and that there’s a warrant out for his arrest. The car takes off while the officer is standing next to the passenger door and the officer can be heard saying that the car ran him over.

Dashcam video from a different officer’s squad car shows the officer following the car and getting out after the car pulls over. The shooting itself was not captured on video, but the officer can be heard yelling "Get out of the f—–g," from off-screen as the car backs up before at least seven shots ring out.

One of the body camera videos, which appears to show the aftermath of the shooting, has no audio at the beginning until the officer appears to adjust the camera. He can then be heard yelling that someone tried to run him over.

A woman can be heard yelling "Why did you shoot us?" from off-camera.

Later in the clip, the officer identifies himself as the shooter to other officers and repeats the claim that someone tried to run him over. "No, I didn’t mean to," a woman can be heard saying. "Officer, I was backing up."

The Associated Press and The Sun-Times Media Wire contributed to this report.