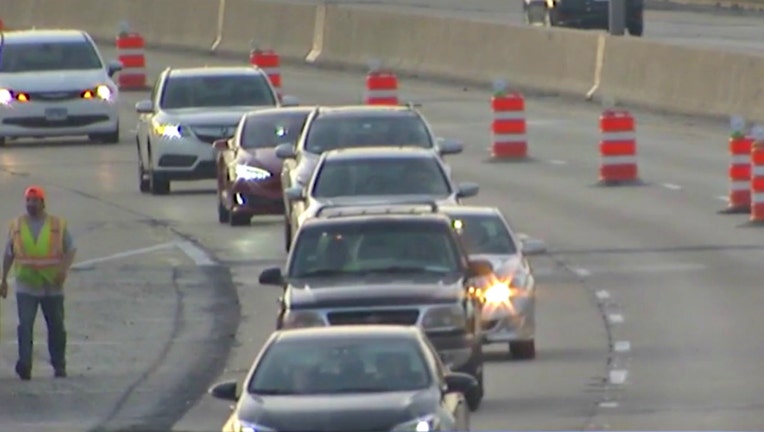 CHICAGO - Four nights of lane closures, along with 15-minute full expressway stops, are set for Saturday on the Jane Byrne Interchange.

New ramp beams will be installed at the interchange as part of the ongoing Byrne reconstruction.

At 10 p.m. Saturday, inbound lanes of the Kennedy Expressway will be reduced to one lane between Chicago Avenue and Harrison Street, and again at 10 p.m. Sunday, according to the Illinois Department of Transportation.

Each day at 1 a.m., full closures of up to 15 minutes at a time are set for on the inbound Kennedy near Van Buren Street.

The left lane of the inbound Dan Ryan Expressway also will be closed both nights between 18th and Van Buren streets.

At 10 p.m. Monday and Tuesday, the inbound Dan Ryan will be reduced to one lane between 18th Street and Van Buren Street, with 15-minute full inbound traffic stops beginning at 1 a.m., according to IDOT.

All lanes will reopen by 5 a.m. on Tuesday and Wednesday.

The project is expected to finish in 2022.