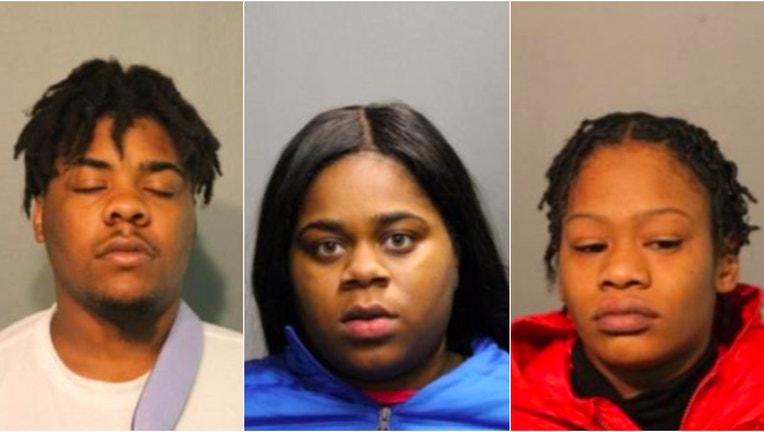 CHICAGO - Four people face charges for an armed robbery Tuesday in Lincoln Park on the North Side, Chicago police said.

Officers followed the pings of a stolen cellphone and arrested the group within 30 minutes of the alleged robbery, according to police.

About 8:55 p.m., two gunmen approached two 18-year-old men in the 2600 block of North Greenview Avenue, demanded their belongings and ran off, police said.

Within minutes, one of the 18-year-old men was able to ping the location of his stolen phone and officers found a vehicle that matched the pings near the 2600 block of North Western Avenue, Chicago police spokeswoman Kellie Bartoli said in an email.

Officers pulled the driver over and inside the vehicle found a gun, a replica gun, the victims’ property and miscellaneous credit and gift cards under various names, Bartoli said. The four people inside the vehicle were placed under arrest.

Darvea McClay, 18, was charged with three felony counts of armed robbery, one count of aggravated unlawful use of a weapon and one charge for possession of a high-capacity magazine, police said.

McClay was also allegedly involved in the Nov. 20 armed robbery of a 26-year-old man in the 5000 block of North Rockwell Street, according to police.

A 17-year-old boy was also charged with two felony counts of armed robbery and one charge for possession of a pellet gun, police said.

The four people are expected to appear in bond court Friday.