Milwaukee activist Frank Nitty was detained and released on bond in Warsaw, Indiana Wednesday on a preliminary charge of disorderly conduct.

Milwaukee activist Frank Nitty, 30, was detained in Kosciusko County Jail located in Warsaw, Indiana Wednesday, Aug. 12 on a preliminary charge of disorderly conduct. In a news release Wednesday night, Indiana State Police confirmed Milwaukee activist Tory Lowe, 44, was also arrested, along with a third person, identified by police as Eric Ajala, 20, of Milwaukee. The group is walking from Milwaukee to Washington, D.C.

State police said they "failed to comply" with requests "to continue on with both pedestrians and vehicles traveling on the shoulder" of US 30, described as a divided four-lane highway with a speed limit of 60 miles per hour. Police said area dispatch centers began receiving calls of traffic backed up for several miles in the eastbound lanes of US 30 around 6 p.m. 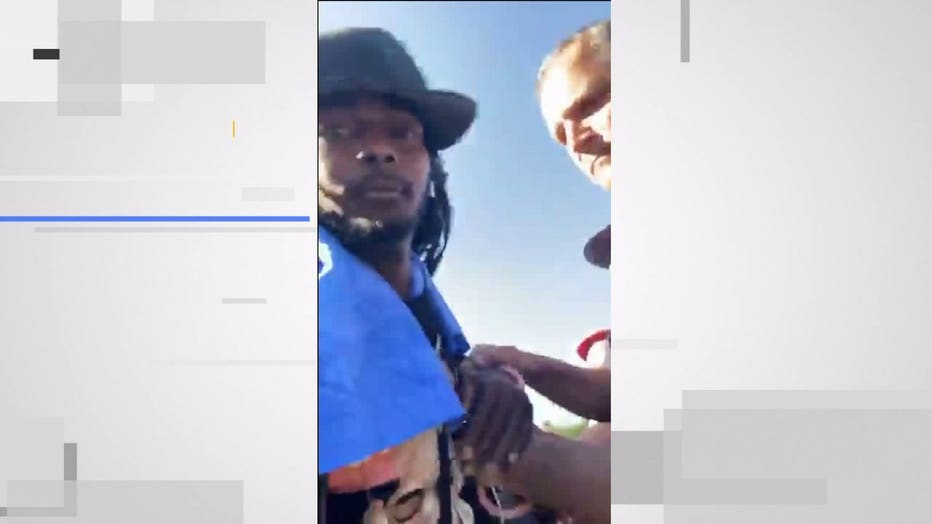 "Troopers spoke to Frank Sensabaugh, the group’s leader, explaining that the group he was leading was creating a dangerous situation with both vehicles and pedestrians traveling at walking speed on US 30," state police said in their Wednesday night news release. "Troopers explained to the group that they were welcome to continue on with both pedestrians and vehicles traveling on the shoulder. Purportedly the group failed to comply and continued walking eastbound with eastbound traffic continuing to back up for approximately seven miles.

Police added, "The group was again approached on US 30 near CR 900 East where it was again explained that the group could not continue to travel in the right lane impeding traffic. After multiple attempts to gain compliance," the three arrests were made.

Nitty was streaming live on Facebook when the arrest happened.

He has publicly announced that he’s walking to Washington, D.C. from Milwaukee. 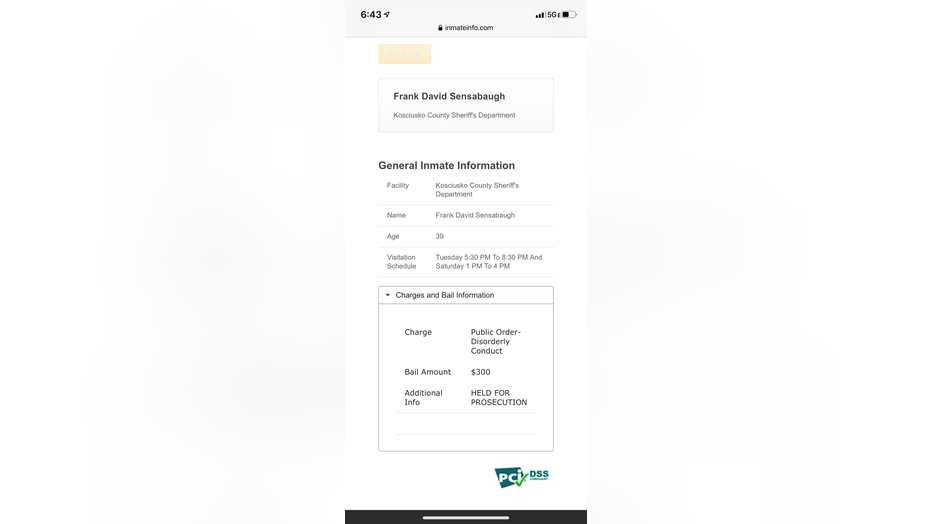 Lowe, walking with Nitty, posted a Facebook live video in which state police officials told Nitty the group was blocking traffic -- and they didn't want anyone getting hurt -- threatening arrests if the group did not get out of the roadway.

Nitty was back out on Facebook live by 7 p.m. Wednesday -- explaining what occurred. Authorities confirmed Nitty bonded out of jail.

The march to D.C. began Aug. 5, with Nitty, Lowe and others leaving Milwaukee for the nation's capital. Nitty says they're walking 750 miles, "honoring the families who lost loved ones to police violence."

Nitty was previously arrested June 2 in Milwaukee, when deputies pushed back against protesters who tried to cross the Hoan Bridge. Nitty said that march came after protesters were tear-gassed coming back into Milwaukee the night before, and said this was a peaceful protest.