The saga of the 2014 Jackie Robinson West baseball team is now over. Two local coaches say they are exonerated now that fraud charges have been dropped in the Little League scandal.

CHICAGO - The saga of the 2014 Jackie Robinson West baseball team is now over.

Two local coaches say they are exonerated now that fraud charges have been dropped in the Little League scandal.

Those coaches spoke out Tuesday on Chicago's South Side, six years after their team won the U.S. Championship.

"We had no choice but to fight. We wasn't going to not fight. They accusing me and coach of something that we did nothing wrong," said former coach Darold Butler Sr.

"It was important for us as coaches and also dads to stand up and fight for the kids," said coach Jerry Houston.

The team of 11 and 12-year-olds made it from the South Side to the Great Lakes Regionals and the national title before they appeared in the World Series in 2014. 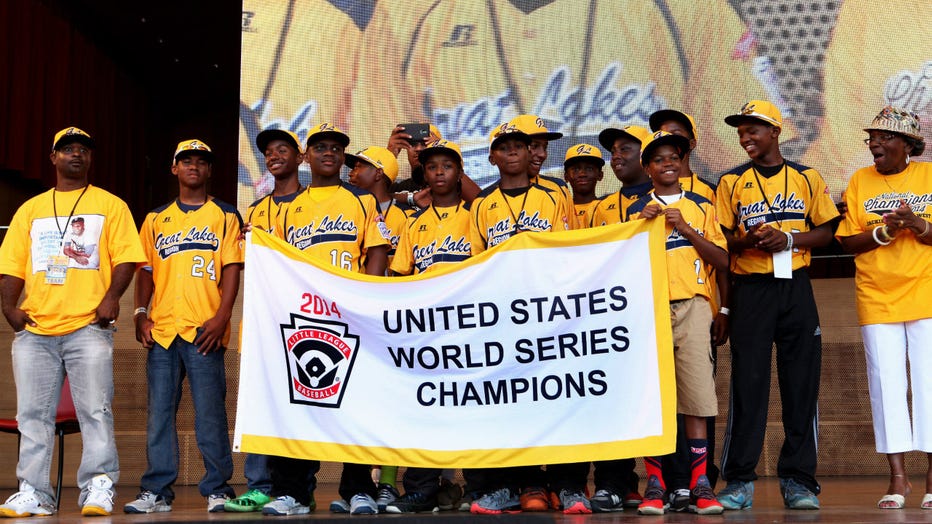 There was a city parade, a rally, a trip to the White House and international fame until another local coach, challenged their residency eligibility, saying that they recruited ringers from outside district boundaries.

The title was taken away from the boys and there were multiple lawsuits.

"I don't think it did no physical harm. I think it was mainly mentally. You know, as far as what happened," one woman said. "They was always winners to to me. I think they was wrong for taking that stuff because like I said, they only did that because they won."

John Bowley, the attorney for the coaches, admits some adults did fudge the boundaries, but says the coaches and players had no idea.

"They didn't want to set a bad example and just roll over on some claim that had no merit to it. That's not setting a good example for your kids," Bowley said. "So as ugly as this whole thing was, you know, it did give them the opportunity to say you know what, if you can stand up and do what's right when you're accused of something that you didn't do. You don't have to roll over. You don't have to plead out. And you can you know you can fight for your rights and have your day in court."

Bowley says they were offered a settlement with a confidentiality agreement.

He says the coaches maintain their integrity, but recovering their reputation starts now.

The developments for the coaches and players do not change one major point. The team does not get that championship title back.

However, six years and a whole saga later, the coaches still see their players as champions.

The saga of the 2014 Jackie Robinson West baseball team is now over. Two local coaches say they are exonerated now that fraud charges have been dropped in the Little League scandal.