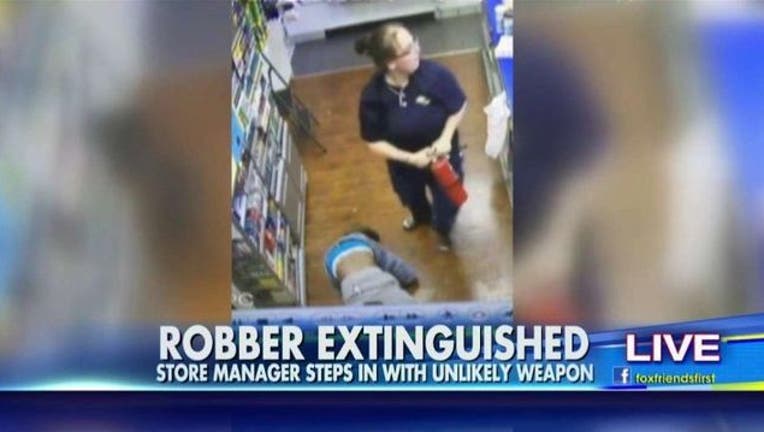 Dramatic surveillance video shows a gas station manager in Ohio repeatedly battering an alleged robber with a fire extinguisher. The incident occurred Wednesday afternoon when a man entered a Sunoco gas station store in Toledo, Ohio, according to the Toledo Police Department.

They struggled with the suspect, eventually getting him down to the ground. The store manager grabbed a nearby fire extinguisher and began bashing him on the back.

Eventually, the suspect was able to get away and ran out of the store with about $500 in cash from the register. The Toledo Police Department posted a video of the suspect, asking for the public's help in identifying him.