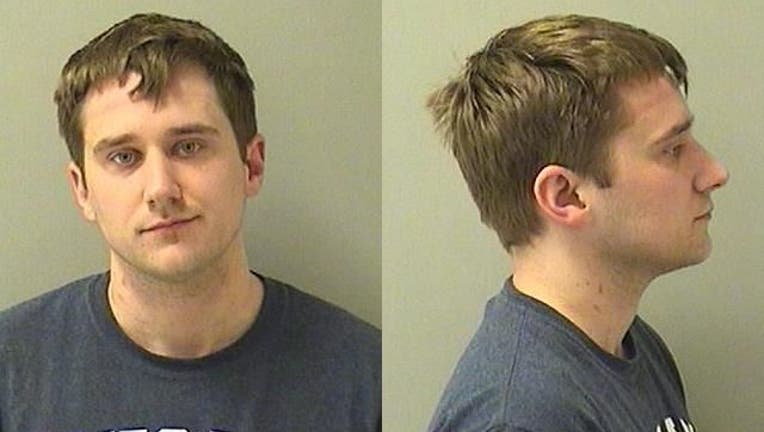 Brandon Baaske allegedly began shouting at the victim on March 28 in the person’s Aurora Township home, the Kane County state’s attorney’s office said in a statement.

The victim locked the door as Baaske went outside, but he came back shortly after and kicked in the door, prosecutors said.

The victim and the child then hid in a bathroom until sheriff’s deputies arrived and arrested Baaske, prosecutors said.

He was released from custody after posting a $25,000 bail, and is set to appear in court again May 8, prosecutors said.