The twin brothers were sons of Super Bowl champion George Atkinson II. Starting in 2011, the brothers both played for the Notre Dame Fighting Irish. 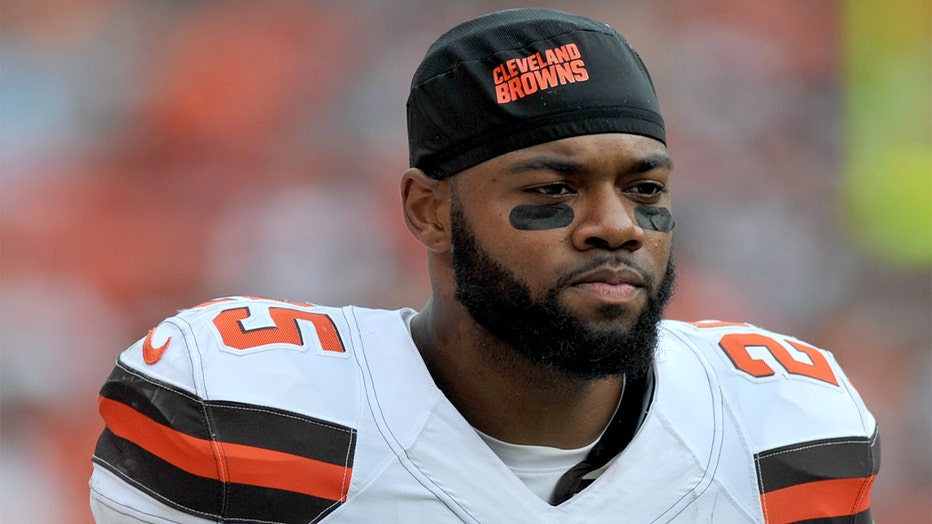 FILE: Running back George Atkinson III #25 of the Cleveland Browns walks along the sideline during a game against the Baltimore Ravens on September 18, 2016 at FirstEnergy Stadium in Cleveland, Ohio. Baltimore won 25-20. (Photo by Nick Cammett/Diamon

“Our thoughts and prayers go out to the family and friends of the late George Atkinson III,” Notre Dame Football tweeted on Tuesday.

George Atkinson III played for the NFL’s Oakland Raiders and the Cleveland Browns.

In October, George penned an open letter in The Unsealed, titled “How I Turned My Losses Into Lessons,” detailing his struggles with his brother’s death.