PHOENIX - A mural in Phoenix that pays tribute to George Floyd has been vandalized.

Vandals painted the word "Fentanyl" on the mural, which is located near 15th Street and Oak. The eyes and mouth were also crossed out on Floyd's image.

The mural shows Floyd on a $20 bill, symbolizing a $20 counterfeit bill he was accused of passing leading up to his death. The mural was created last year by New York City artist Jeremie Bacpac Franko.

"The reason why I'm doing a $20 bill is because George Floyd was killed over a $20 bill. We may never know if it was or wasn't counterfeit," said Franko.

Floyd died on May 25, after now-fired Minneapolis police officer Derek Chauvin held him to the ground by putting his knee on Floyd's neck for several minutes. The incident was captured on video and sparked unrest and violence across the nation.

Chauvin is currently on trial in the death of Floyd. 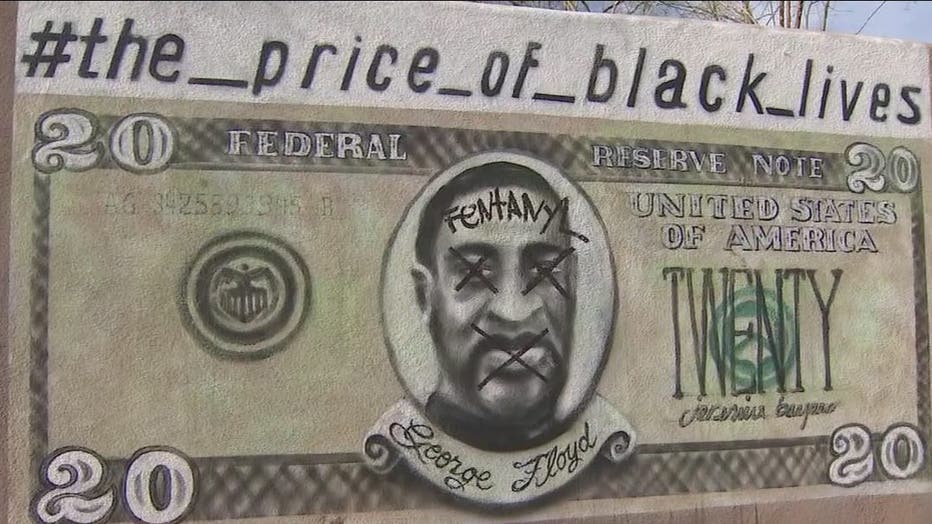 A mural in Phoenix that pays tribute to George Floyd has been vandalized.