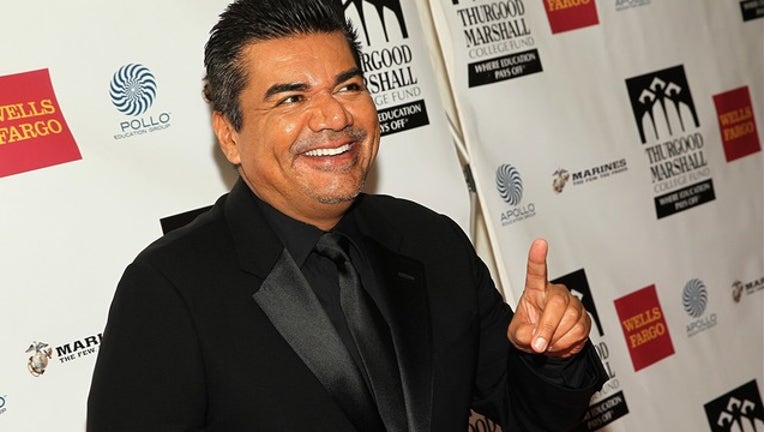 FOX NEWS - Comedian George Lopez claims he paid for a military service member’s plane ticket so that the man could be present for the birth of his first child.

Lopez took to Instagram on Wednesday to share a story of a recent event he says happened at an airport bar. The actor and comedian explained that he was having a drink and taking pictures with fans when he noticed a young man next to him that appeared to be in the military.

“I said to him, ‘ thank you for your service , where are you headed ?” Lopez wrote. “He said he was taking leave to be at the birth of his first child , but he didn’t think or he knew he wouldn’t make it “ cause he had to go out of his way to report and then ( I’m leaving the cities out ) and he didn’t make enough to get an airline ticket.”

The 58-year-old standup says he then gave the man some money to buy a plane ticket to replace his bus ticket, which he was certain would not get him to the birth on time.

The lengthy caption came along with two pictures of what appears to be the man present at the birth and holding his crying newborn at the hospital. The star ended his story with a call to action for people to support military service members as often as possible.

“If you see anyone who has served this country , take a moment to thank them for their service , because without the brave men and women and LGBTQ we wouldn’t enjoy the freedom to agree or disagree,” he concluded. “America has always been great #thebookoflopez #americasmexican ( the look in his eyes is priceless , so I got a deal out of it‼️”

Lopez’s final message appeared to take a subtle shot at Donald Trump’s “Make America Great Again” slogan, which is in keeping with the star’s habit of lambasting the president every chance he gets.

He previously used a water bottle to simulate urinating on Trump’s Hollywood Walk of Fame star, noted that the president’s kids could be considered “anchor babies,” mocked Trump’s reported $50,000 golf simulator and allegedly got into a physical altercation with a Trump supporter at a Hooters.