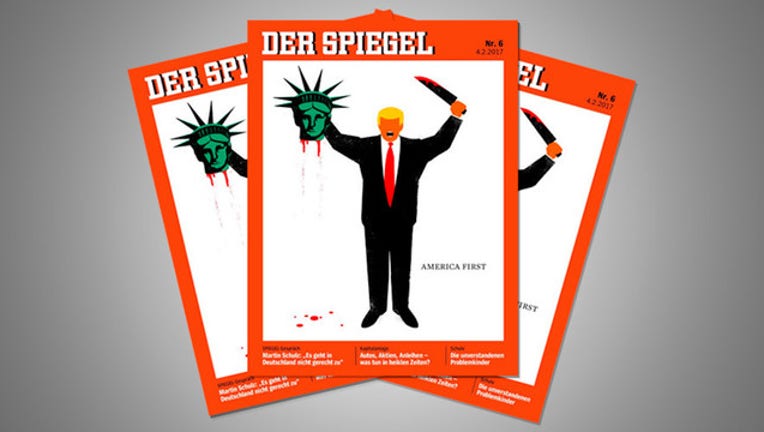 (FoxNews.com) - The magazine Der Spiegel has ignited controversy in Germany and elsewhere with a cover illustration that depicts President Trump as an ISIS executioner, brandishing a bloody knife in one hand and the head of Lady Liberty in the other, Reuters reports.

The outlandish cover for the Feb. 4 edition, which includes the caption “America First,” generated debate on Twitter and in German and international media with Alexander Graf Lamsdorff, a member of German’s Free Democrats and vice president of the European Parliament labeling it “tasteless,” according to Reuters.

The artist behind the illustration is Cuban-born Edel Rodriguez who came to the U.S. as a political refugee in 1980, The Washington Post reported.

“It's a beheading of democracy, a beheading of a sacred symbol,” Rodriguez told the paper in defending the illustration. “And clearly, lately, what's associated with beheadings is ISIS, so there's a comparison” between the ISIS extremist group and Trump.