About 1:50 p.m., a patrol officer observed a 2009 Chevrolet Cobalt with no front license plate driving south on Crawford Avenue at a high rate of speed, Evanston police said in a statement.

As the officer approached the vehicle, police said the 18-year-old driver was in the process of closing the vehicle's glovebox.

The driver, Sidney Akinde of Evanston, told the officer he didn't have a driver's license and also suggested he may have placed a gun in the glovebox, the statement said. 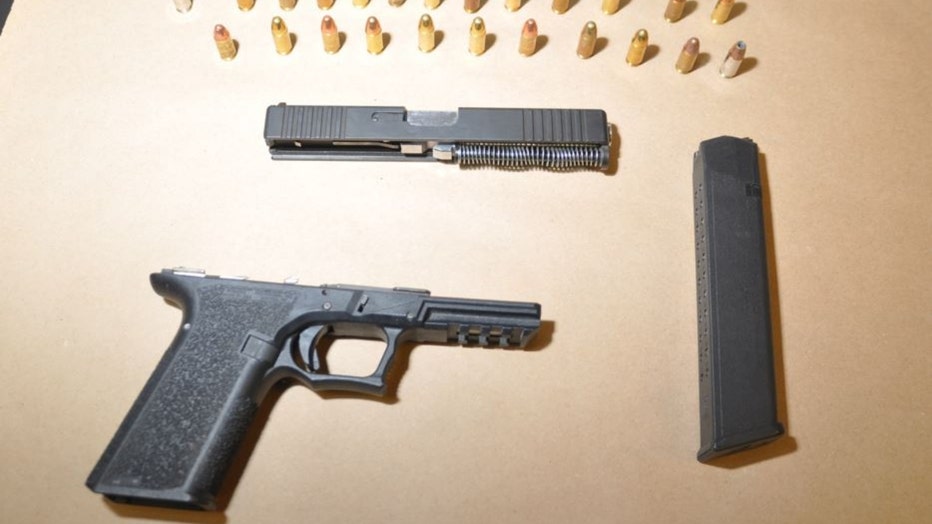 Upon searching the vehicle, the officer located an unassembled semi-automatic 9mm handgun in the glovebox, complete with the frame, slide and a loaded extended magazine, according to police.

Police said the gun did not have a serial number, commonly referred to as a ghost gun.

Akinde did not have a FOID card or a concealed carry license, the statement said.

The Cook County State's Attorney's Office charged Akinde with one felony count of aggravated unlawful use of a weapon and two misdemeanors.

Akinde was ordered held on $15,000 bond and his next court date is scheduled for May 11 at the Skokie Courthouse.