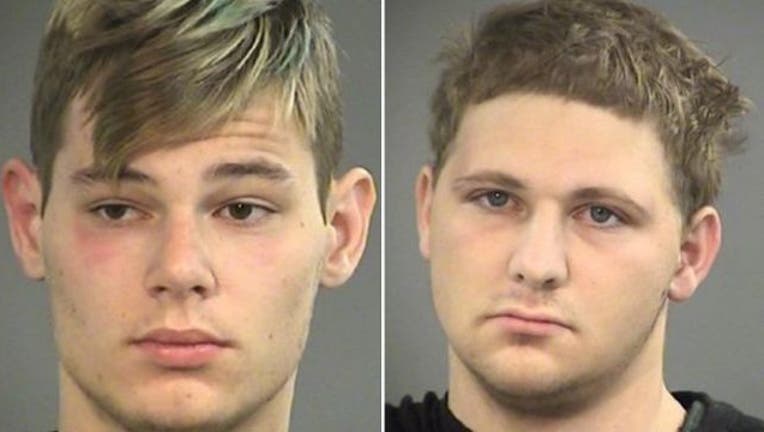 Gavin MacFarlane, 19, and Russell Jones II, 22, have been charged in the murder of Aaron Friar, 50. (Jackson County Sheriff’s Office )

FOX NEWS - Oregon police arrested and charged a 15-year-old girl, her lover and another man in the murder of her father, who reportedly disapproved of his daughter’s relationship with an older man.

Medford Police said Tuesday they believe Aaron Friar, 50, was killed with a weapon while he was sleeping. Police said his daughter, Ellen Friar, 15, her lover Gavin MacFarlane, 19, and Russell Pierce Jones II, 22, then stole his vehicle and used it to haul the body to a dirt embankment in eastern Medford.

Aaron Friar’s body was recovered on Monday afternoon and police said he died of “blunt head trauma,” according to the Mail Tribune.

Ellen Friar was in a sexual relationship with MacFarlane, which may have caused tension between the couple and the father, investigators said.

MacFarlane, Jones and Friar have all been charged with murder, robbery and tampering with evidence. MacFarlane was also charged with third-degree rape due to Friar being under 16 years old.

Investigators said the trio were also planning to kill Jones’ father though they did not disclose details of the plot. All three were also charged with criminal conspiracy to commit murder.

KTVL reported Ellen Friar would be charged as an adult.