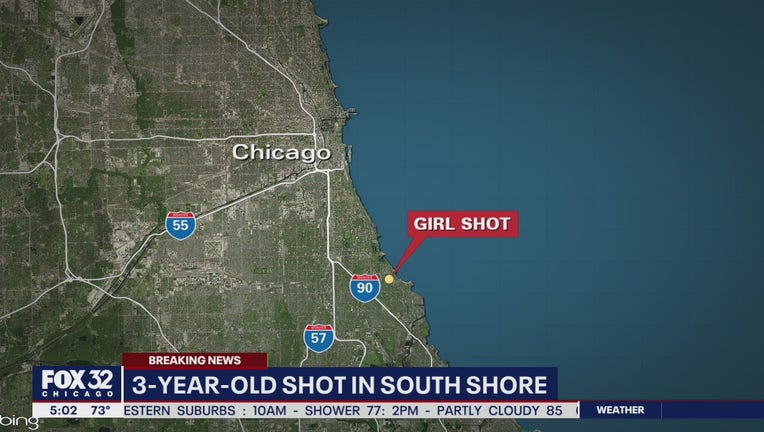 CHICAGO - A 3-year-old girl is in serious condition after she was shot in the head early Wednesday while riding in her family’s car in South Shore.

They were driving in the 2400 block of East 74th Street about 12:45 a.m. when two gunmen standing on a corner fired shots in their direction, Chicago police said.

The girl was shot in the head and suffered scratches on her eye from broken glass, police said.

The parents stopped their vehicle and flagged down a stranger, who drove them to Jackson Park Hospital, police said. The girl was transported to Comer Children’s Hospital in serious condition.

It is unclear who was the intended target of the shooting, police said.