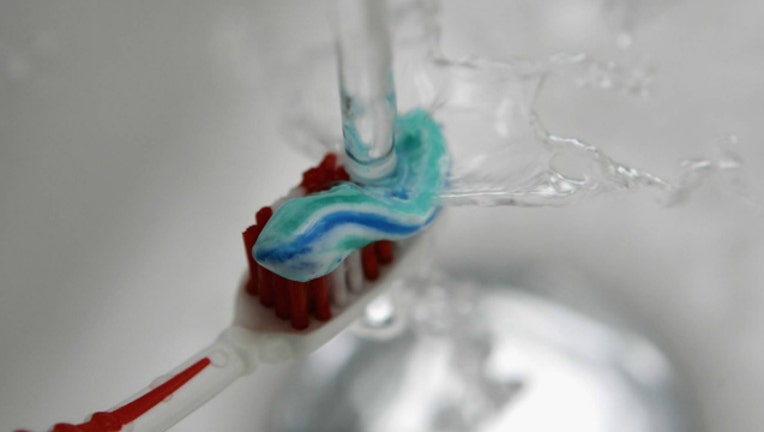 FOX NEWS - A heartbroken California mother is stressing the importance of reading ingredient labels after her 7-year-old daughter suffered a fatal allergic reaction allegedly triggered by her new prescription toothpaste.

Monique Altamirano, said her daughter, Denise Saldate, had a dairy allergy, and after years of never seeing milk ingredients listed on toothpaste labels, didn’t check before handing her the new one.

“Contrary to what everyone’s telling me, I feel like I failed her,” Altamirano told Allergic Living.

Altamirano said her daughter had been working with an allergist since she was 1, and that as a family they had always read labels to make sure products were safe for their younger sister. But on April 4, after using a new prescription toothpaste while brushing her teeth next to her teen sister, tragedy struck.

“She said, ‘I think I’m having an allergic reaction to the toothpaste,’ and her lips were already blue,” Altamirano told Allergic Living. “I picked her up and put her on my bed. I ran to the living room, told my daughter ‘Call 911,’ and I grabbed the EpiPen.”

Altamirano said she administered the EpiPen and gave Denise her inhaler before being instructed by the 911 operator to begin CPR. Denise was rushed to the hospital, where she died on April 6.

Saldate was reportedly using MI Paste ONE toothpaste, which contains a warning label about an ingredient containing milk protein, but nobody in the family saw it.

“Read everything,” Altamirano said. “Don’t get comfortable, just because you’ve been managing for several years. You can’t get comfortable or embarrassed to ask and ensure that ingredients are OK. Be that advocate for your child.”