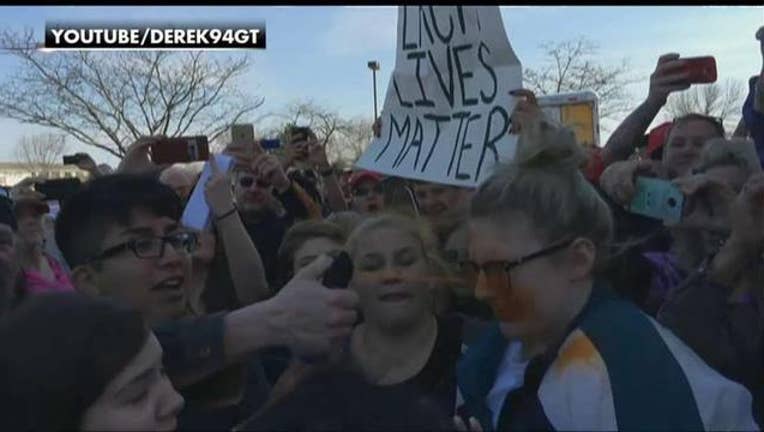 FOX NEWS - Investigators said they found no evidence to support allegations made by a 15-year-old female protester that she was groped before getting pepper-sprayed at a Donald Trump rally in Janesville, Wisconsin on Tuesday.

Now, she could be the one facing consequences.

Trace Gallagher reported on "Kelly File" that Janesville Police, after looking at videos and interviewing 13 witnesses, decided that there was no groping crime and that the pressure she felt on her breast was likely caused by the crowd pushing up against her.

But she could be charged with disorderly conduct for punching the man she thought groped her, while the unknown man who pepper-sprayed her could face battery charges.

Continue reading and watch video of the incident at FOXNews.com.